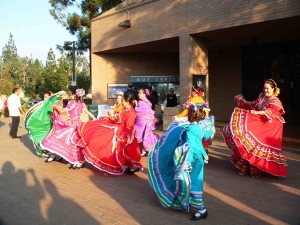 September 25, 2017 (El Cajon) – The world’s largest live entertainment producer may soon be managing the East County Performing Arts Center—which could be open for shows starting in late 2018 or early 2019.

In February, the City Council authorized City Manager Doug Williford to commence negotiations.  At Tuesday’s Council hearing, slated to start at 3:00 p.m., Council will hear a report by Wiliford, provide comments and likely agendize a final contract draft and improvements for Council to approve in the near future.

If the contract is approved, ECPAC will be marketed on a national level as a major, high quality, professionally management entertainment event venue of the highest caliber, the report states. That’s a huge advantage expected to bring revenues, prestige, and an influx of visitors to downtown El Cajon.

But there are two drawbacks.

First, the cost of bringing the theatre up to the level of professional excellence required by Live Nation will be significantly more expensive than the city had earlier budgeted for theatre upgrades, and that cost would be funded by the city.  The new estimate is $5-6 million, up from $3.5 million estimated previously. That’s due to needing to replace, not repair, an aging heating and air conditioning system, as well as adding a higher quality concession area, signage and graphics, electrical power, sound and lighting equipment.  An architect’s fee is also included in the higher figure.

Williford concludes this investment is “well worth the cost” and notes that upgrading concessions will also increase revenues.

Some of these costs have already been set aside for ECPAC including revenue from sale of the old police building and remaining redevelopment funds, as well as community development block grant funds for disabled accessibility improvements.

The second downside is that it’s likely that some local organizations that once used ECPAC won’t be able to afford to do so in the future.

Live Nation would have a management agreement, not a lease, so the company won’t pay a rental fee but would be hired by the city to run the facility on El Cajon’s behalf, as contract staff at $375,000 a year for the first five years.  The agreement would run five year with an option to renew for two additional five-year terms, by mutual agreement. The five-year term would begin once upgrades are done and Live Nation is ready to begin marketing.

The City would receive 100% of revenues including money from ticket sales, rental revenues, concessions. The city would also be responsible for all operation and capital expenditures.  Each year, Live Nation and the City will agree on a forecast for revenues and expensive.  If Live Nation is able to increase revenue above projections, it would receive a bonus with the additional revenue shared between the city and Live Nations, providing a strong incentive for the company to outperform projections.

Once the jewel of the arts community in East County, the theatre fell into disrepair and was closed in 2009 during tough budgetary times.   Now, Live Nation seeks to reopen it and utilize both the indoor and the outdoor space between ECPAC and city hall, serving alcohol both places.

Live Nation would book events such as performing arts, cultural events, musical acts, film showing, and comedy shows.   The company would book at least 50 events the first year and at least 65 by year five. The City could prohibit any events posing a demonstrable threat to public safety. For political gatherings, only ticketed political events or rallies will be allowed.

The City would adopt a day fee based on industry standards in the San Diego area, so the cost to use the theatre even for nonprofits would be higher than in the past. In addition, only Live Nation equipment can be used, run by Live Nation employees.

The contract will designate a number of days that the facility can be used by the City without having to pay a user or rental fee. The city could potentially let nonprofits some of the city’s reserved dates, for organizations that don’t wish to pay the standard rental fee and costs. Since this could lead to many such requests, the City could create a special fund with a cap and allocated those funds ton nonprofits that request funding assistance.

Once a contract is signed, a “Coming Soon” sign would be erected on Main Street to announce the Renaissance and reopening at last of the East County Performing Arts Center, touted by many in the music industry as having the finest acoustics of any San Diego County performing arts venue.