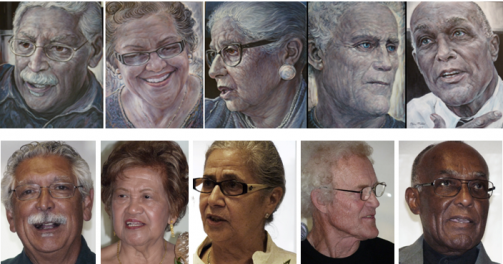 June 4, 2015 (Lemon Grove)—Five local living legends were honored on May 29th at the Lemon Grove Library, where their portraits by prominent artist Mona Mills were unveiled.  Those honored reflect a diverse cross section of our community, each with stories to tell.

The life-like paintings reflect each honoree’s strength, character, emotions and the wisdom that comes with age.  Mills (photo, left) painted the image 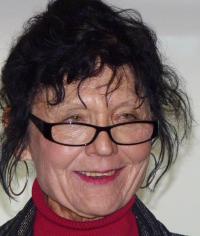 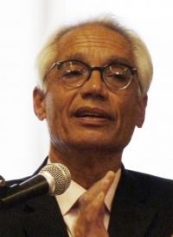 A representative from the County’s Aging & Independent Services department told those gathered that our elders have “wisdom and experience” which younger people can learn when generations are brought together, as this project aims to do.  “Talk to your parents and grandparents,” she advised those present.

Each of the living legends spoke about their experiences.

Roberto Alvarez, a UCSD ethnology professor, also shared insights gained from his family’s involvement in integrating a Lemon Grove school in a landmark incident that predates the historic Brown vs. Board of Education Supreme Court ruling.

Aurora Cudal was honored for her work as a Filipino Press writer and community activist who has championed issues at the national level. “Being a legend is quite an awesome responsibility,” she observed.

Jacqueline Gmach, an author who has dedicated her live to preserving stories of Holocaust survivors and educating people about its horrors.

John Howard is a former Olympic cyclist and Iron Man  Triathlon world champion who once set a world record for bicycle speed at 152.2 miles per hour. In 2000, he set a world canoeing record. Now 67 years old, he continues to remain active, inspiring a new generation of athletes.

Cecil Steppe is past director of Social Services for the County.  He previously worked for the probation department and is now an educator at an inner city school, where he has helped attain a 100% graduation rate.  “There’s no magic to this,” he insists. “You’ve got to have people who love children.”

Steppe noted that he has stood on the shoulders of many who came before him. Now 82 years young, he concluded, “I’m not finished yet.  My shoulders are broad enough,” he said to the young people listening. “Step on them—and climb to the highest hill.”

The exhibit, sponsored by the award-winning San Diego County Library and Aging & Independent Services, will remain on exhibit until July.