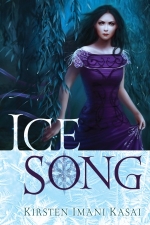 San Diego, CA January 8, 2010 – San Diego author Kirsten Imani Kasai’s debut novel ICE SONG, about a uniquely gifted single mother’s quest to rescue her abducted children, has been lauded as one of the best books of the year. Selected from a pool of more than 600 titles, the School Library Journal listed ICE SONG as one of six fiction picks for Best Adult Books for High School Students 2009. 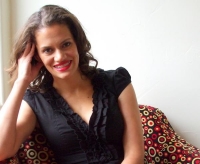 Francisca Goldsmith, Chair, Adult Books for High School Students Committee, says, “The themes of identity, difference, and personal integration are woven into a fantasy recounted with the quiet, and sometimes disturbing, sense of the dream world.” www.schoollibraryjournal.com/article/CA6708196.html

Highlighted as an “Unabashedly Bookish” featured selection in August 2009, Allen wrote, “Those looking for a powerful and provocative female voice in their fantasy reading fare should definitely pick up this stellar debut, which is set largely in the frozen wastelands of the Sigue. The story revolves around protagonist Sorykah Minuit, a rare human ‘Trader’ who can switch sexual genders at will. After Sorykah’s twin infants are abducted by a reclusive madman who wants to use them for nightmarish scientific experiments, she sets off on a desperate quest to find her children and avenge them—and inadvertently begins a breathtaking journey of self-discovery.”
http://bookclubs.barnesandnoble.com/t5/Unabashedly-Bookish/The-Best-Scie...

Sci-fi, pop culture and book blog Robots and Vamps says, “Ice Song is probably the most underrated novel of the year. If the author would have been Ursula K. Le Guin instead of Kirsten Imani Kasai, then it is my opinion this novel could have garnered awards and received much acclaim. It is that good. [Kasai’s] imagination is astonishing but is balanced by well crafted plot that will have you thinking about this story for years to come.” http://robotsandvamps.com/?p=8158

The book has won praise from other reviewers, including:

Locus Magazine
"Hard to put down...an unstoppable force [that] ends with a bang."

Agony Column
"Ice Song is a gorgeously immersive novel, with lots of great details that give it a prickly, real-life feel even though the settings and critters are determinedly surreal."

Kirsten Imani Kasai, author of Ice Song, has something to celebrate about, her book winning at the recent San Diego Book Awards. Ordinarily, this would have been a book that I would have reviewed for East County Magazine, but nevertheless, it got its just rewards. Congratulations on a job well done.