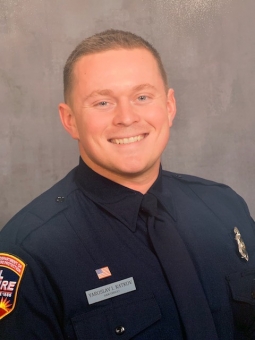 July 29, 2019 (San Diego) – A Cal Fire firefighter on a training hike with his engine crew suffered a medical emergency this morning. He was airlifted by a San Diego County Sheriff’s helicopter and an air ambulance to Temecula Valley Hospital in critical condition, where he died despite the diligent efforts of medical staff.

Governor Gavin Newsom order the flag at the state capitol flown at half mast.  “On behalf of all Californians, Jennifer and I extend our sincere condolences to CAL FIRE Firefighter Yaroslav Katkov’s family, friends and colleagues during this difficult time," the Governor states. "It’s the work of brave firefighters like Yaroslav that keep our communities safe, and we are deeply grateful for his service.”

Cal Fire Director Chief Thom Porter issued a statement indicating he is “deeply saddened” by the loss of firefighter Yaroslav Katkov, who began his career with Cal Fire last year as a seasonal firefighter and was assigned to the Cal Fire and County Fire Station 16 in De Luz.  He was 29 years old, and is survived by his mother, father and brother. 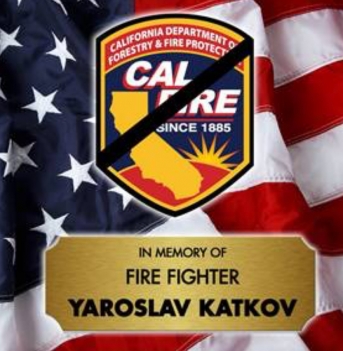 Chief Porter asks that everyone “join me in keeping Yaro and his loved ones in your thoughts.”  Chief Porter has ordered that flags at all Cal Fire facilities be lowered to half-mast and that Cal Fire uniformed personnel shroud their badges in Katkov’s memory.

How terribly sad. Only 29 years old. I will pray for his family and send my deepest condolences.