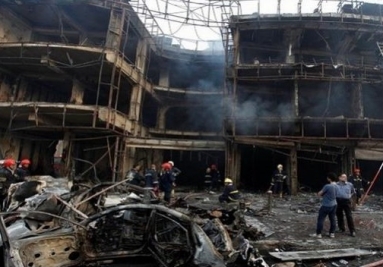 July 8, 2016 (San Diego) – A refrigerator truck packed with explosives on July 3rd killed at least 167 people and injured an estimated 187,according to the Iraqi Ministry of Defence, at a multi-story shopping mall in Baghdad.

ISIS claimed responsibility for the bombing, which claimed lives of many Shiite Muslims during Ramadan as well as Christians, some of whom family members in San Diego. In addition, a roadside bomb went off in the mostly Shiite Shaab neighborhood, killing five people and wounding 16.

"These attacks in Iraq remind us that the threat against Christians in the Middle East is real,” said Mark Arabo, a spokesman for the St. Peter’s Chaldean Church in El Cajon.

He added, “We mourn the loss of our Chaldean Christian brothers and sisters killed in this gruesome attack by ISIS. We continue to fight to end this genocide. And, while progress is being made, attacks like this remind us that there is still a long way to go. I ask that all of San Diego keeps the victims of this most recent attack in your thoughts and prayers.”