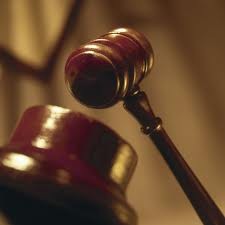 November 12, 2013 (San Diego’s East County) – El Cajon, La Mesa and Santee City Councils meet this week to discuss matters ranging from the future of Oktoberfest to choosing a new mayor.  Below are highlights from the agendas for each community.

On Tuesday, El Cajon’s City Council will determine whether to fill the vacancy left by Mayor Mark Lewis’ resignation by appointment or special election.   If the Council opts to appoint a current councilmember to fill the mayoral vacancy, it will also then decide how to fill the new vacancy on the council.

Currently, all five members of the Council including the acting mayor, Bill Wells, are white, Republican, and male.  But nearly half of El Cajon’s population is now minorities, including 42% Iraqi Chaldeans, 28% Latinos and 6% African Americans.   The city is also nearly evenly split between Republican and Democratic voter registrations.

Leaders in the city’s Chaldean community have called for more balanced representation.  So has the East County Democratic Club, which has endorsed Ben Kalasho, a Chaldean, and Vickie Butcher, an African American who formerly served on the city’s planning commission.

El Cajon’s council will also consider an ordinance to ban fireworks in city limits, as well as changes to the building code.

In La Mesa, Council will hear a report on Oktoberfest from the city’s police chief, including recommendations on potential major changes to the popular event due to gang activity.