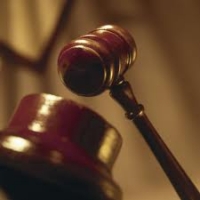 June 22, 2014 (San Diego’s East County)--Here are highlights of important issues on the agenda this week impacting San Diego's unincorporated areas as well as residents in the cities of El Cajon, La Mesa and Santee.

The San Diego Board of Supervisors meets on Tuesday and Wednesday this week with many important items slated to be heard. On Tuesday, Supervisors will deliberate the county budget and a joint powers agreement with Caltrans for the Next Generation regional communications system and more.

On Wednesday, supervisors will hold a public hearing on proposed changes to the Forest Conservation Initiative Lands General Plan amendment.  This is a controversial  issue that will determine what sort of development will be allowed on properties in the vicinity of Cleveland National Forest in East County.

A hearing will also be held on acquisition of 32 acres of open space for William Heise Park in Julian.  In addition, Supervisors will be setting a hearing date for improvements proposed at Old Highway 80 and Pine Creek, as well as the Bancroft Elementary sidewalk project in Spring Valley.

The El Cajon City Council has a busy agenda at its meeting on Wednesday, June 25 at  3 p.m.  that includes a public hearing on the budget considering a staff recommendation to put a lien on properties that are delinquent on their trash collection, weed abatement, and sidewalk repair bills.  Council will also hold a hearing on extending an interim emergency ordinance to ban new hookah lounges and shops selling electronic cigarettes, among other hot items on the schedule.

La Mesa’s City Council meets Wedneday at 6 p.m.  This week, Council members will interview applicants for city boards and commissions. The Council will also consider a nomination to add a new star to its “Walk of  Fame” to honor long-serving Mayor Art Madrid.  In addition, staff will report on the status of downtown streetscape improvements. Council will vote on putting the term limits measure on the ballot now that the signature gathering process is complete, as well as accepting rebuttal arguments.

Santee’s City Council also meets Wednesday evening at 7 p.m. Council will hold a hearing on unpaid weed assessment bills and establishment of special tax assessments.  Council will consider a request to rezone 2.5 acres of land in the 8800 block Magnolia to commercial zoning.   Other agenda items include awarding a contract to construct a new bus shelter and authorizing a transfer of traffic mitigation fees to the Towne Center Parkway Improvements Project.

Spring Valley Community Planning group will hear a condo conversion request at its meeting Tuesday night at 7 p.m.   The group currently has four vacancies and will interview  James Custeau, who has applied to fill one of those vacancies.