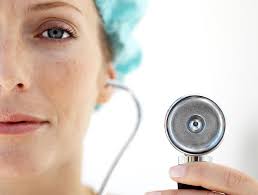 November 12, 2009 (San Diego’s East County) – East County and San Diego leaders offer diverse views on the landmark healthcare reform bill passed by the U.S. House of Representatives. Some praised the bill, others criticized it, while many hope to see changes made in the Senate.

(For East County Magazine's analysis of the bill, see http://www.eastcountymagazine.org/node/2211 )

Their divergent views reflect not only concerns over details, but also core differences that strikes at the heart of healthcare reform debates raging across America: should healthcare be a right, or a privilege?  Should people have a public option, or should private insurance be the only choice--for those who can afford it?  For those who can't, just how much are we willing to pay to save people's lives and health?

“Every one deserves healthcare,” affirmed Gloria Chadwick, R.N., vice president of the Grossmont Healthcare District. “As a nurse, I applaud any movement in the direction to provide care for all our citizens. Of course there will be lots of fine tuning in the future,” she noted, “but isn’t that what progress does? Refining an idea to benefit all is a positive challenge.”

Hugh Moore, co-chair of San Diego County’s Green Party, is also a registered nurse. He believes the bill passed by the House will provide healthcare access to many Americans. “I have to congratulate them on taking a step forward,” he said, but expressed concern that an amendment giving states the right enact additional reforms was removed. “Why would the House of Representatives passa bill that limits states from doing something on their own that might be better?” he asked. “Perhaps the insurance companies would prefer that other options not be available?” Moore hopes to see states’ rights restored by the Senate.

San Diego physician Jeoff B. Gordon, M.D., also holds a Masters in Public Health and is an active member of Physicians for a National Health Program. An advocate of single-payer healthcare, he predicts the measure will prove a failure. The “public option” in the bill “will not have enough enrollees to have competitive clout,” Gordon predicts, noting that the public program may be skewed by attracting too many sick and previously neglected patients to be financially viable. While the bill offers some primary care enhancements, he added, “It is not adequate to rebuild the foundation upon which other countries have based their successful health care systems.”

Congresswoman Susan Davis, (D-San Diego) praised the bill for putting patients first. “This bill will provide more access to health care for all Americans, because health care should not be denied, taken away or haggled over at the will of insurance agencies,” she said. “Under this bill, patients can’t be discriminated against for a pre-existing condition or treated differently based on gender. The main focus of this bill is where is should be—on consumer protections in the health industry…This is why the Consumers Union recently endorsed the health care proposal, and the AARP and AMA have as well.” Democratic Congressman Bob Filner also voted for the bill.

Republican Congressman Duncan Hunter called the Democratic-backed bill a “partisan power-grab” and said it “puts an enormous burden on workers, businesses and worse, future generations.” He added, “There is a real chance to enact meaningful reform, but this opportunity is being wasted on a plan that will lead to higher taxes, reduce the quality of care, and compound already record debt levels.”

Congressman Brian Bilbray (R-San Diego) objected to the $1 trillion price tag. “This is the wrong prescription when unemployment is at 10.2 percent in San Diego and Congress has already spent trillions of dollars on the Wall Street Bialout, the AIG bailouts, the auto bailout and the stimulus bill,” he said. He also stated (incorrectly) that the bill would fund healthcare for illegal immigrants.

Democrats took sharp jabs at San Diego Republicans who voted against the reform bill. In an editorial titled “Bilbray, Hunter & Issa Need a Shot of Reality,” 50th Congressional candidate Francine Busby added, “It’s way past time to stop the empty excuses, tired remedies and baseless accusations in regards to healthcare reform…This is a very personal issue. In San Diego County, over 600,000 or 20.2% of people are uninsured and tens of thousands more are under-insured. According to the U.S. census Bureau, in Bilbray’s own Congressional district, 15.8%, or over 103,000 people, are currently without health insurance. In fact, under Mr. Bilbray’s preferred plan, none of those 103,000 will gain access ot healthcare,” she said, referring to a report by the nonpartisan Congressional Budget Office on the Republican healthcare plan which was not voted upon in the House.

Busby asked pointedly, “What solace does Mr. Bilbray offer his constiuents who have no hope of gaining access to insurance? Tone deaf remarks about illegals, tort reform and tax credits won’t get them in the door to see the doctor.”

Tracy Emblem, also a Democratic candidate seeking Bilbray’s seat, blasted Bilbray for “doing nothing” while “more people die and more and more workers and families lose their health care coverage along with their jobs…Governments of all other industrialized countries have found it less expensive to provide comprehensive universal coverage.”

She concluded, “The public option may not be popular with the insurance industry, but it is the most cost effective approach to health care. The California Nurses Association, in conjunction with the Institute of Health & Socio-Economic Policy and a number of other boards, outlined a plan worth evaluating for the cost-effective delivery of health care,” she said, referring to a single-payer healthcare bill passed by California’s Legislature but vetoed by Governor Arnold Schwarzenegger. “We must triage our taxpayer dollars and begin to consider policies which put people and American families first.”

Opponents of health care reform don't want to budge or even consider the opinion of our health care providers because they see this crucial re-haul as a threat to their profit margin. There's no doubt that health insurance reform isn't popular with the insurance industry, they have spent millions on ad campaigns to spread lies and confuse the general public. Let's be honest, letting them try to derail health care reform is like asking two wolves and a sheep to vote on what's for dinner. I live in the 50th and it's refreshing to finally have an out spoken advocate on real issues. I'm backing the fresh face because unlike the canned answers you get from career politicians, Tracy Emblem is a straight shooter.