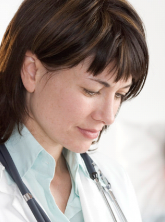 February 27, 2012 (San Diego) – Over half of California counties currently have no abortion provider.  To remedy the situation, Senator Christine Kehoe (D-San Diego) has introduced SB 1501, a bill which would allow trained nurse practitioners, certified nurse midwives and physician assistants to provide early-term abortions.

“SB 1501 will ensure that all women have access to providers they know and trust in the communities where they live,” Senator Kehoe said.

But the measure has drawn criticism from Brian Jones (R-Santee), who denounced the measure as a "moral failing."

Ana Rodriguez, who heads of ACCESS Women’s Health Justice, says more than 1,000 women each year contact her organization seeking information and access to abortion.  “With no local providers in their communities, many women have to find child care, borrow money for bus fare, and find a place to stay while they receive care,” Rodriguez said. In certain situations, such as an ectopic (tubal) pregnancy, a delay in terminating a pregnancy can be life threatening.

Rodriguez observed,  “No one should have to overcome these types of hurdles to access a simple, safe and legal medical procedure.

Assemblyman Jones issued a press release today describing his reaction on hearing of the bill.  “I felt like I was kicked in the gut,” saids Jones, who once served on staff at a local church counseling young women facing decisions about abortion.  “Many don’t realize that this is literally a life-or-death decision with long-term physical and emotional consequences.”

He called the bill a case of “misplaced priorities” and said people in California are calling for more access to jobs, not abortions.  “I fear what it says about our society that we are actually looking for more ways to abort babies,” he added.

SB 1501 is currently in the Senate Rules Committee and is expected to be assigned to a policy committee in the next few weeks.