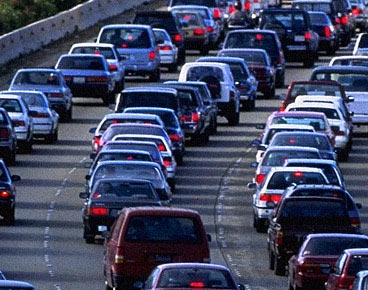 January 30, 2018 (San Diego’s East County) – You might be surprised to learn where the highest levels of ozone pollution are in San Diego County. Hint: it’s not urban areas in local cities, but rather, communities in East County’s mountains and desert areas.

According to a new map from the California Environmental Protection Agency, the highest local ozone level is in Alpine at .057 parts per million, followed by Borrego Springs and Warner Springs at .055 parts per million.

According to information provided by U.S. Occupational Safety and Health Administration, or OSHA, those levels slightly exceed the maximum ozone level of .05 ppm per day advised for people doing heavy work, but is below the .01 ppm level per day for people doing light work.

For everyone, Ozone levels should never exceed 0.1 ppm for 8 hours of exposure daily, according to OSHA.

Ozone, the main component in smog, can cause lung irritation and inflammation. Even low levels can worsen certain chronic health conditions such as asthma. Ozone levels are usually worse in hot weather and during the afternoons.

El Cajon has very polluted air as well. Especially what are termed, particulates. If you can smell an odor, yet not see it, you are breathing deep into your lungs the tiny, nearly invisible matter called particulates. Most every night, the air near downtown is heavy with the cloying smell of wood smoke and slow cooked meat from nearby establishments. Officials I've spoken with don't want to address the issue it seems. I figure that may be due to not wanting the polluting businesses to leave the city, taking much needed revenue with them. Many people just think it's harmless odor. This is simply not true. Think back when we had the wildfires burning and surrounding east county and we were advised NOT to breath the smoky air (this applies to all fires). Stay indoors, or wear a proper mask if venturing outside. Sure the smoke was worse during those unfortunate events, but never the less, even on a small scale, breathing in particulate matter is very unhealthy. Causes: heart attacks, lung / breathing issues, cancer, etc. It would be nice if these obvious, glaring issues were resolved for our health. Cough!