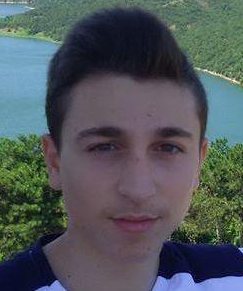 April 13, 2017 (El Cajon) – A Syrian refugee family in El Cajon who fled war-torn Syria to give their only son a brighter future is now grieving over his loss. On his first trip ever to a beach, 17-year-old Mohammed al-Mustafa was pulled under by a rip current and has not been found.

He sent a message to his father from the beach where he’d gone with friends, shortly before he went wading into the surf with friends in water no more than waist-deep. He could not swim.  The San Diego Union-Tribune reports that a lifeguard spotted one of Mohammed’s friends struggling in the rip tide and rescued him, but rescuers were unable to find Mohammed despite a two-day search that included a police helicopter, lifeguards and Coast Guard ships with sonar.

“It is with deep sadness that we inform you that Mohammed, the only son of the Syrian refugee family that our parish is sponsoring, is currently missing and is presumed to have died by drowning,” a message on the St. Thomas More Catholic Church in Oceanside’s website reads, though a faint hope remains that the boy could have been washed ashore since no body has been found. “His picture is being posted throughout San Diego in the unlikely event that, after all that he had been through, he may have panicked and fled into the city and is lost.”

The church offered prayers that if Mohammed did not survive, his body will be found and returned to his family.  “His mother is inconsolable,” the message states. “Let us be grateful that this family is surrounded by a good support team.”

The church parish had adopted Mohammed’s family, with church members donating furniture, appliances, cash gift cards and a sewing machine since the teen’s mother had worked before as a seamstress.  One parishioner is offering help with education for the family’s two oldest daughters, who hope to enter college in the fall.  The family has four daughters ages 21, 18, 11 and 5.

Refugee families are given minimal government support, only a one-time payment of $1,850, and are expected to be self-sufficient within 90 days of arrival.  Mohammed’s family arrived here in January, and has also been helped by Catholic Charities.

Mohammed’s mother has been “inconsolable” over loss of her only son, the church’s messages states.

The teen’s father, Husan al-Mustafa, spoke to the San Diego Union-Tribune through a translator. He said the family witnessed “Bombings and violence” in Aleppo, Syria, where friends and neighbors were killed.  The family escaped Syria in 2014 and traveled first to Turkey, where they registered as refugees.  They left Turkey because Mohammed “was really young…he could not study there,” recalled his father, who worked as an accountant in Syria and is seeking a job here to support his remaining family.

Robbed of a childhood in war-torn Syria, Mohammed came to America with his family in hopes of a “better future for him in the United States,” his father said.

But instead, his life was apparently lost not to the violence of war, but to the beautiful but treacherous waves of the Pacific Ocean

You can help the al-Mustafa family through St. Thomas More Catholic Church at www.stmoside.org/oursyrianfamily. The church has posted the Biblical message of Christ: “I was a refugee, and you welcomed me” on their site as a reminder that Christianity teaches generosity toward refugees and immigrants.

Donations and additional help for other refugee families may be offered by visiting Catholic Family Charities at www.ccdsd.org.