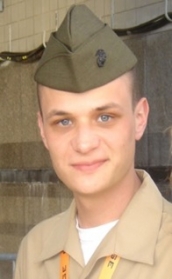 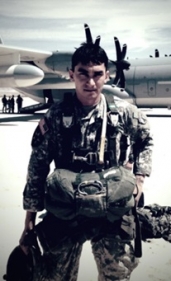 May 31, 2016 (San Diego) - Local residents Christopher Laha, a Marine Corps veteran and Johnny Walker, an Army veteran, will join 11 other servicemen and women with various disabilities for a challenging week-long trek across the Wind River Range in Wyoming this June 11 – 17.

No Barriers Warriors and Wells Fargo & Company have selected two teams of 13 veterans with disabilities to participate in the 2016 Warriors to Summits Expeditions I or II.  Both expeditions are equally grueling journeys on opposite ends of the U.S. Warriors to Summits participants from 2014, 2015 and 2016 will have the opportunity to apply for an inaugural alumni trek this October in Colorado’s San Juan Range.  All three expeditions are sponsored by Wells Fargo.

The team members will push their boundaries through this transformative journey while reflecting on their past, recognizing where they are now and developing a vision for their future.

"Warriors to Summits received hundreds of applications and nominations from across the country," said John Toth, Director for No Barriers Warriors. “I'm really excited about this amazing group of veterans - they hail from 17 states, have incredible stories and now have the opportunity to break barriers and discover what's within them is stronger than what's in their way.”

The veterans face life ­altering disabilities ranging from emotional and physical trauma to chronic pain and amputated limbs. Some experience combat flashbacks and survivor’s guilt, while others continue to struggle with readjusting to civilian life. Post-Traumatic Stress Disorder (PTSD) and Traumatic Brain Injury (TBI) are common disabilities among the warriors. Veterans were chosen based on attitude and their physical and mental ability to successfully participate.

Laha, 33, sustained his injuries while deployed for a second time in Iraq. His unit’s first deployment was made into a book, McCoy’s Marines.  Laha is a Purple Heart recipient.  He resides in Escondido, CA with his wife, brother and service dog.

Walker, 34, sustained his injuries over the course of serving with the Army in Kosovo, South Korea and Iraq. He was born and raised in San Diego, CA and still lives there with his wife and children.

The Warriors to Summits experience includes three phases. Phase I: Thorough Preparation, which includes an introduction to the experience and the preparation for physical and emotional growth. Phase II: Transformative Experience, which includes focused curriculum on helping the veterans achieve a No Barriers mindset.  Phase III: Meaningful Engagement, which includes the development of a personal action plan and active participation in community service.

To learn more about Laha and Walker, as well as the other 24 veterans selected to participate in the 2016 Warriors to Summits Expedition Series, visit WarriorsToSummits.org.

About No Barriers Warriors

No Barriers Warriors is one of several programs of No Barriers USA, whose mission is to unleash the potential of the human spirit.  No Barriers Warriors is the only program that improves the lives of veterans with disabilities through curriculum-based learning in challenging environments. Experiences serve as both an opportunity for growth and catalyst for change, as warriors stretch boundaries, build teams, innovate through adversity and step up to lead and serve others.

No Barriers Warriors expeditions use mountains as both a metaphor and a training ground. Experiences are comprised of three phases: thorough preparation, transformative experience, and meaningful engagement. Every curriculum based experience is geared toward facilitating transformation, establishing a lifelong rope team and giving warriors the tools to live a No Barriers Life.

About Wells Fargo’s Commitment to Military and Veterans

Wells Fargo has been committed to servicemembers, veterans and their families for more than 160 years. In 2012, the company created the Military Affairs Program to expand our outreach to members of the military, veterans, and their families who may be facing financial hardships as part of our commitment to helping communities succeed by being a part of the solution. Wells Fargo’s program has surpassed its original three year, $35 million goal by donating more than $68.5 million toward programs to help servicemembers, veterans, and their families achieve and maintain homeownership, attain successful career transitions, and succeed financially.