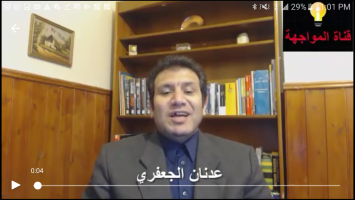 Al Jaafari's five minute video in Arabic was shared over a thousand times on the day it was released on February 11. In it, Jaafari claims that Sistani is corrupt, for using the one-fifth of earnings, “supposed to go to the poor,” to send his “sons to the European countries.”

Jaafari said those monies would be better spent helping poor people in the regions of those who give the money, primarily, “Iran, Iraq, Pakistan and India."

Locally, we asked three women of Iraqi descent, pictured below, their opinions on the rumors of corruption by Sistani.

East County Real Estate Broker Nital Meshkoor, pictured above on the left, describes Sistani as “Grand Ayatollah Ali al-Sistani, who resides in the holy city in Najaf; he is the Iraqi’s Shiaa Cleric and actually he is the Grand Cleric for all other Shiaa in the whole world.” 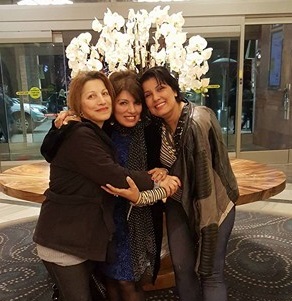 Sistani has millions of followers and he is the most influential Shiaa Cleric who called for Jihad Fatwa against ISIS after the latter’s occupation of Mosul in northern Iraq, explains Meshkoor. His call had a great influence on Iraqis of all religions including, “Shiaa, Sunna, Ezidians, Mandais, Christians, and non-religious others,” according to Meshkoor.

Meshkoor claims “A single statement from him had an important role in liberating the Mosul and other cities occupied by ISIS and was an important aid to [the] Iraqi army and the American forces.”

However, she does not dispute the corruption charge, and states, “I believe that the system overall is mostly corrupted including his organization personnel who take hold of the donations.”

Wedad Schlotte said, “I doubt that the named journalist lives in Iraq.” She likned Ayatollah al-Sistani’s role for Shiaa Moslems, to that of the Pope for Catholic Christians – a spirtiaul leder and most revered senior cleric for Shiaas.

She adds, “The journalist would be in serious harm if he were living in Iraq and criticizing al-Sistani like this. It is dangerous talk and accusations. Yes, al-Sistani is not liable for any taxes, and hence he had amassed a big net worth of millions or billions.”

Schlotte added, “Having said that, I am in no means speaking in support of al-Sistani. He has been taciturn throughout his career, when he could have been and still could be a source of great change, by releasing Fatwa (legal religious ruling pronouncement) calling to dismantle corruption in Iraq.”

Kawthar Abd said she didn't disagree with Al Jaafari on the corruption charges. Indeed, “Sistani makes deals to get money from Iran and Iraq and he can live wherever he wants.”

Abd claims it is hard to get an appointment with this "rational, moderate, humble man," and that much of Parliament and others are impressed with his humility, when they visit him in Najaf.

Abdur Rahim Hameed, national President of the Black Contractors Association, was reluctant to comment, but did have this to say. “I have no knowledge of what goes on in their country or government, but when it comes down to abusing the faith against Muslims by those who misuse their faith; this is not the religion of Muhammed, peace be upon him.”

Dear al-Sistani: thx for your Fatwa from y/our Holy City of Najaaf most revered Shiaa Cleric, but we'd like one against corruption in Iraq, too, she asks. Even Zaid al-Mubarek agrees and assigned contracts to the Americans because he trusted their "skim" portion, and now needs PTSD help, from the bombs when he used to be in Iraq. Things are much better here, in America, but none of the Texans would hire him, for their pipelines. Maybe ask Musk