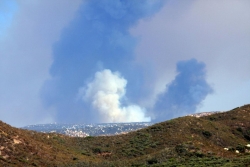 September 3, 2010 (Campo) – The Cowboy Fire, which has burned 822 acres, was started by two illegal immigrants who were in distress, Cal-Fire reports.

“They called C4, which is Mexico’s emergency dispatch system, and advised them that they had been lost for two days, were stranded, dehydrated, and were going to light a signal fire to attempt to get some help,” said Roxanne Provaznik, public information officer for Cal-Fire.

The information was relayed to the U.S. Border Patrol. CAL FIRE worked with Border Patrol agents to try and locate the two individuals, but were unsuccessful. Investigators from CAL FIRE and U.S. Fish & Wildlife Service determined that there was evidence near the area of origin of illegal aliens traveling through that area, which supports this report.

The map below showed the Cowboy Fire yesterday; the same site today has no new images available: 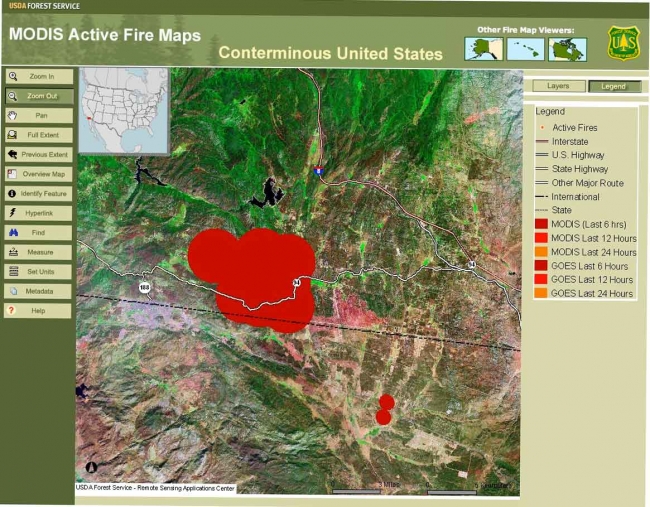 This shouldn't surprise anyone.