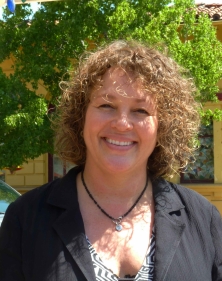 November 3, 2021 (La Mesa) – Realtor Laura Lothian appears poised to win the La Mesa City Council special election.  Preliminary results posted by the San Diego County Registrar of Voters show Lothian with 39.18% of the vote in the six-candidate race, more than double the vote tally of the next highest candidate.

The seat was vacated when Dr. Akilah Weber, a Democrat, won a special election to the California Assembly.

Democrats split their votes and backing among four candidates, including three with a substantial base of support.  Dillard was endorsed by former Councilmember Weber.  Mejgan Afshan, a civil rights activist who has 18.93% (1,651 votes), received endorsement from the County Democratic Party and some Democratic clubs. Kathleen Brand, a planning professional is also a Democrat; she had endorsement of former La Mesa Mayor Art Madrid and received 6.53 percent of the vote, or 517 votes. Michelle Louden, who did not participate in any candidate forums or mount a visible public campaign, got 151 votes, or 1.91%.

Conservative candidates, however, garnered the majority of the votes by a slim margin.

Lothian ran on a platform of cleaning up streets, supporting police and small businesses, and opposing the mileage tax just approved by SANDAG.

Republican strategist Carl DeMaio has touted Lothian’s win as a backlash against the per-mile tax imposed by progressives on SANDAG to fund transit, though only SANDAG members have a vote on the unpopular measure.

“Laura Lothian made her opposition to the costly mileage tax the centerpiece of her entire campaign and the voters took note and handed her a huge victory,” notes DeMaio, Chairman of Reform California. He notes that Lothian's victory gives La Mesa's City Council a majority opposed to the mileage tax.

But all politics is local, as the saying goes. Talk on La Mesa discussion forums centered largely around the scope and scale of new housing developments recently approved in the city to meet state mandates – with a substantial number of residents objecting to taller, bulkier-scale projects in the city.

Lothian’s backing of small businesses particularly in the village may also have resonated with business owners still reeling from pandemic shutdowns and civil unrest in 2020 following racial justice protests. Some voters may also have sought a law-and-order candidate in the wake of the May 2020 riot, rejecting candidates who backed police reforms.

All residents were mailed ballots in the special election, so it could take days for ballots mailed by yesterday's Election Day deadline to arrive at the Registrar's office and be counted.