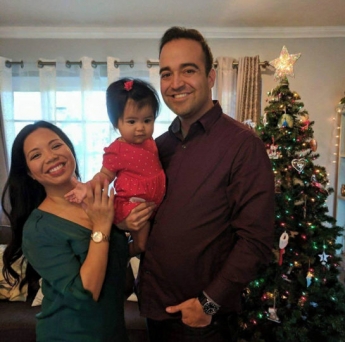 Gabe Gutierrez was in his mid-20s and exercised almost daily. He was a vegetarian.

“That can’t be right,” thought Gutierrez, who was cajoled by a co-worker into having his blood pressure checked. “I felt that I was doing everything right. I was making good choices.”

He asked the nurse to take his blood pressure again. Gutierrez’s systolic pressure was above 160 a second time. Below 120 is considered normal. He was told to go to his doctor.

“I went that same week,” said Gutierrez, who was a policy advisor for Supervisor Ron Roberts and now is community relations advisor at San Diego Gas & Electric. “My blood pressure was still high. It was in the 160s.” 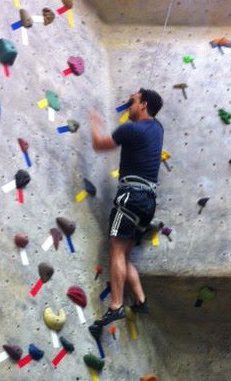 Gutierrez’s doctor diagnosed him with Stage 2 hypertension, which indicates a person’s systolic pressure is 160 or higher or diastolic pressure is 100 or higher. He wasn’t doing anything wrong. His doctor determined that Gutierrez was genetically predisposed to having high blood pressure.

“I was at risk of having a heart attack,” said Gutierrez, 32, whose blood pressure is under control thanks to medication. “I could have died.”

According to the Centers for Disease Control and Prevention, heart disease is the leading cause of death in the United States. In San Diego, about 4,500 people die from heart disease each year.

In an effort to drive those numbers down, the County and dozens of partners in San Diego are sponsoring Love Your Heart, an annual event on Valentine’s Day when residents can have their blood pressure checked for free at nearly 170 screening sites. This is the sixth time the County and its partners are organizing the event, which has grown to include sites in Orange and Riverside counties, Massachusetts and all states on both sides of the United States-Mexico border.

The goal is to get residents to “know their numbers” and take charge of their heart health, just as Gutierrez does. His story is a persuasive argument for everyone to participate in the screening, even if they don’t outwardly fit the profile of a person at risk of heart disease.

“Everybody should have their numbers checked. You never know what is happening with your body,” said Gutierrez. “I am thankful my co-worker pushed me to go. Love Your Heart saved my life.”