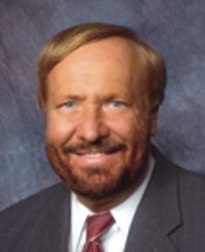 For almost 50 years, lawyers have remarked about the appropriateness of the name of the court case that inspired the movie, Loving vs. Virginia. The court case name was appropriate because the Loving case was about love. The case was specifically about the love of a husband and wife toward one another and their children. However, because the husband was white and the wife was black, Virginia law at the time said that their marital love was a crime.

In 1958, reacting to an anonymous tip, the local sheriff broke into the Loving's house in the middle of the night and awoke the sleeping couple and arrested them. This event was movingly portrayed in the movie and seeing and hearing those events shocks the viewer's sense of right and wrong. In early 1959, the couple accepted a plea bargain and pled guilty to the crime of "miscegenation," or interracial cohabitation. They were sentenced to one year in prison, the sentence was suspended in exchange for the couple leaving their home area and not returning for 25 years.

The couple moved to Washington DC to live and raised their three children. Later in the 60s, a letter to Attorney General Robert Kennedy, forwarded to the ACLU, prompted the court case and the challenge to Virginia's law. In 1967, the US Supreme Court unanimously ruled that the Virginia anti-miscegenation law violated the US. Constitution's guarantee of equal protection. Besides the movie, Loving vs. Virginia was famously in the news as providing a precedent for the overturning of laws against same-sex marriage in recent Supreme Court decisions.

The movie itself is a straightforward and often moving depiction of this otherwise very ordinary married couple caught up in the most extraordinary of circumstances. The Lovings thought of themselves as simple folk who wanted to just to live their lives in quiet and productive dignity. However, the laws at the time prohibited their love and their marriage and they became symbols and civil rights heroes despite their desire to live quiet and dignified lives.

Director and writer Jeff Nichols chose to tell the Loving's story in a slow and deliberate unveiling. The drama gradually is revealed out of the oppressive situation itself. The Lovings are depicted as folks just drawn to one another and supportive of one another in both practical every-day and extraordinarily tender ways. Joel Edgerton and Ruth Negga artfully depict this practical tenderness represented by the lives of Richard Loving, the hard-working brick mason, and Mildred Loving the homemaker and mother of three children. The lead actors also succeeded due to a strong supporting cast surrounding them, particularly Marton Csokas as the hard and racist Sheriff Brooks.

The strength of the Loving movie is also sometimes its weakness as the lack of overt drama in the lives of these extraordinarily ordinary folk sometimes suggests that not much of interest is happening. There are lots of close-ups of mortar being smoothed out with trowels while bricks are being laid. This is not the stuff that Hollywood usually shows us in movies.

However, the simplicity of many of the events in the Loving story emerge as much of the point of the film. The Loving movie is much like a lot of American history. Much of that history is a recounting of very ordinary people thrust into very extraordinary circumstances and reacting in heroic ways. Richard and Mildred Loving did not set out to become heroes or anything other than quiet, productive, and decent folk. The circumstances, however, demanded the determined resolve with which the couple met their challenges. Whether they intended to or not, this simple couple became true American heroes and the movie Loving does justice to their quiet heroism and tells their story well.