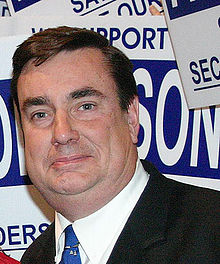 November 3, 2012 (Alpine) – The Alpine Mountain Empire Chamber hosts a lunch with State Senator Joel Anderson on November 15, from 12 p.m. to 2 p.m. at the Paparazzi’s Restaurant, 1347 Tavern Road, Alpine.  The topic for discussion is “An Update from Sacramento”.  Anderson, State Senator from the thirty-sixth Senate District, represents over 1,000,000 constituents.  He was named the “California State Senate Legislator of the Year” by the California Small Business Association and California Small Business Roundtable.

Tickets for the event are $20 and may be purchased at www.alpinechamber.com/membership/payments.html.