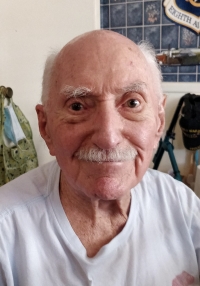 April 30, 2021 (Lemon Grove) -- The family of Major William “Bill” Trask, Lemon Grove, and the Lemon Grove Historical Society are proud to announce his 100th birthday on May 12, 2021.  This war hero flew 17 missions in WW II Europe and survived a crash in Liège, Belgium, while struggling to land without a nose wheel when his B-24 caught fire. He was promoted to major and spent 20 years in the Army Air Corps.

Major Trask’s postwar life was busy. He and his wife, Rita Francis Trask, raised two sons while Bill worked at General Dynamics before spending 24 years in security at the Timken Museum in Balboa Park. The Trasks moved to Lemon Grove in 1962 to the house he lives in today. He served on the Committee to Incorporate Lemon Grove, a success in 1977 when the little town with the big lemon became California’s 414th city.

Work was a Trask family tradition, for Bill didn’t retire until age 90. Born in Lambertville, New Jersey in 1921, by age 13 he was sacking potatoes for a princely eight cents an hour. When he apprenticed to a sheet metal worker the die was cast, for that led directly to his military career. 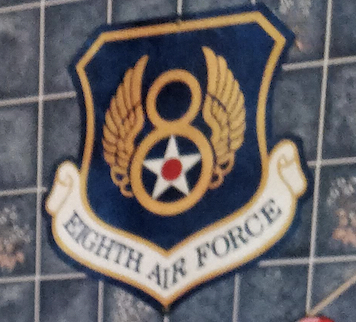 Laura Hook, president of the historical society, said, “Not only does Major Trask share the role of being our most senior member—the other centenarian is Judy Smith—he was a pivotal mover and shaker in incorporating our town. We honor his century of achievement as a husband, father, professional in the military and security arenas, community leader, charter member of the Lemon Grove Senior Patrol, and as a war hero.“

Happy Birthday, Bill, from all of us!