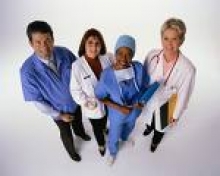 ncome for a senior woman is $14,420 a year…The healthcare costs under the GOP plan for that woman would be $12,500. She wouldn’t even have $200 for the rest of the needs of her life. This is really a sick proposal.” – Senator Barbara Boxer (D-California), on the Republican budget plan to eliminate Medicare and replace it with a voucher system for seniors to buy private insurance

“We cannot allow politicians and special interests to stand between patients and the care they need. The American people deserve the freedom to choose the health care that is best for their families.” – Republican GOP) Majority in Congress website

July 8, 2011 (Washington D.C.) – The Republican majority in the House is standing firm in asking President Barack Obama to consider cuts to Medicare and Social Security as part of a deal to raise the nation’s debt ceiling. Democratic leaders have balked at the proposal.

Now a Pew Research Center survey finds that the majority of Americans—including 72% of Democrats, 50% of Republicans and more than 50% of independent voters—say that maintaining benefits for Medicare and Social Security is more important than reducing the deficit.

Wealthier individuals were more apt to support cuts to the programs, while poor and middle class voters tended to oppose the cuts, the national survey found.

Republicans stand united in saying drastic cuts or elimination of the entitlement programs for seniors are necessary to reduce the deficit. They contend that government programs such as Medicare encourage waste, fraud and abuse. They have opposed Democratic-backed alternatives, such as rolling back tax breaks for the wealthy instead.

But a fact check published by Associated Press and CNN called those claims “misleading” if technically correct, noting that “ It's rather rich for Republicans to complain about $500 billion in supposed cuts to Medicare that they themselves would retain, even under the cover of helping Medicare.”

Democrats countered with a district-by-district analysis on the impacts of the plan that the Republican-controlled House of Representatives approved (all local Republicans voted for the bill, all local Democrats voted against it). In the 52nd Congressional District represented by Duncan Hunter (R-El Cajon), for example, the report found that the GOP plan would shift thousands of dollars in costs onto individuals--$182,000 to $287,000 per person for those ages 44-54 in the district--while sharply cutting benefits for those over age 54 and the disabled. (See detailed impacts at http://www.eastcountymagazine.org/node/6475).

Republican Allen West of Florida praised the President for taking steps to address “mandatory spending such as Medicare and Social Security,” adding, “For too long individuals and special interest groups have used these programs to demagogue and scare seniors in order to gain a political advantage.”

But Senator Boxer joined with other women Senators in holding a press conference to denounce the GOP plan which she says would be particularly devastating to women senior citizens, while benefitting insurance companies. She showed a photo of an insurance company executive who earns $12.2 million—nearly 1,000 times more than the average senior woman’s $14,430 a year income.

“We’re not going to solve our problems by driving our parents and grandparents into dire poverty, ”Senator Boxer said of the Republican plan, “by taking away their profits and giving it to some insurance company executive who is laughing all the way to the bank.” She noted that a woman would pay $12,500 on average for her healthcare under the Republican plan—leaving less than $200 for all other living expenses. The California Senator concluded, “This is really a sick proposal.”