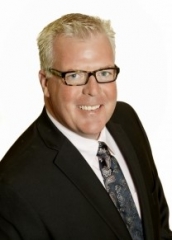 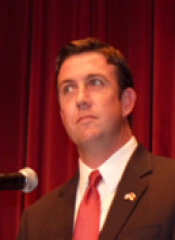 August 16, 2016 (San Diego’s East County) - Patrick Malloy, candidate for Congress in the 50th District, has challenged the incumbent, Duncan Hunter of Alpine, to two debates in October.  In a letter sent to Hunter on August 15, Malloy said there should be two debates.  The first should be on veterans’ issues and the second on the economy and the environment because these issues are of top concern in the District, according to Malloy.

Malloy stated that the District deserves debates given a deeply divided America—an America that needs sharper clarifications and conversations than the 30 second TV ads or 140 character tweets will give us.  In his letter, Malloy said that a neutral veterans’ group should host the debates and that civility and a sense of patriotism should be expected.

Malloy teased the incumbent by saying that he would let him decide the dates and location given “the hectic Congressional agenda and Hunter’s busy schedule as a Trump spokesperson.”  Malloy asked for Hunter’s response by Labor Day and says he expects a positive response given that Congress will be in recess in September and October.

I'm ready to go door to door for Malloy, even in this heat!