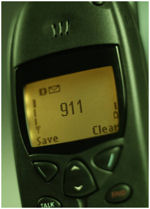 April 13, 2012 (El Cajon) -- El Cajon Police Department received a 911 call from a student of Grossmont College reporting an unresponsive male subject in a parked vehicle at 12:40 p.m. yesterday.  The vehicle was parked in the north-west lot of the campus. The student was returning from class and saw the subject in the driver’s seat motionless and unresponsive.
Grossmont College Police, El Cajon Police and medical personnel responded to the campus.  The male subject was pronounced deceased at the scene.  The El Cajon Police Department, in conjunction with Grossmont College Police, is conducting an investigation into the circumstances surrounding the subject’s death.

“There were no obvious signs of trauma and the Medical Examiner’s Office took custody of the decedent.  The name of the decedent is being withheld pending family notification,” said Lt. J.D. Arvan with the El Cajon Police.