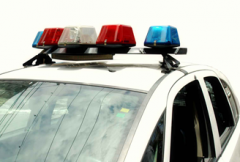 Unfortunately, Raymond Bermudez Jr. was pronounced deceased last night. Bermudez's next of kin has been notified of his death. The Medical Examiner's Office has scheduled an autopsy has been scheduled for June 20, 2021. The suspect, Ronald Francis Valdez, has since posted bail on the lesser charge and has been released. Homicide detectives will amend the criminal charges as they continue their investigation. Detectives determined Bermudez was not in Shooter's Cocktails before the incident. Valdez did enter Shooter's Cocktails. However, he was denied service and left. The assault occurred in the parking lot and not in the business.

June 16, 2021 (Spring Valley) – Ronald Francis Valdez, 31, is under arrest for the battery of his uncle, who is not expected to survive a serious head injury, says Lt. Thomas Seiver with the Sheriff’s homicide unit.

Deputies responded to a call at 9:30 last night of a fight at Shooter’s Cocktails at 10761 Jamacha Blvd. They found the victim, Raymond Bermudez, Jr. in front of the bar suffering from a head wound.

“Fire personnel responded and transported Bermudez to a local area hospital,” says Lt. Seiver. “Unfortunately, he is not expected to live. Due to the likelihood Bermudez may die, the Sheriff's Homicide Unit responded and assumed responsibility of the investigation.”

According to Lt, Seiver, detectives learned that the suspect, Valdez, exited the bar with his uncle, Bermudez. “An argument ensued and Valdez assaulted Bermudez causing his life-threatening condition. Valdez fled the scene prior to deputies arriving,” Lt. Seiver said.

Earlier this morning, the San Diego Regional Fugitive Task Force located Valdez and arrested him near his residence. Valdez was arrested for one count of battery with serious bodily injury.