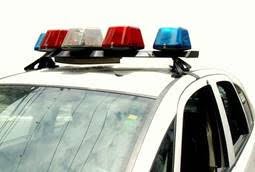 January 22, 2021 (El Cajon) – A man who allegedly assaulted a woman walking in El Cajon by striking her in the head with a wrench has been arrested and charged with attempted murder.

On January 20 at 10:37 a.m., El Cajon Police officers and paramedics responded to a report of assault with a deadly weapon in the 800 block of Fletcher Parkway. The suspect,  Christian Fernando Graciano, fled on foot and was arrested nearby.

An investigation revealed that the suspect began following the woman as she was walking. “The woman entered a nearby business to get away from the man, as he was acting strangely and making her feel uncomfortable. A female employee of the business assisted the woman by watching the man and staying with her until a car arrived for her,” says Lt. Randy Soulard.  However, “The man then entered the business acting strangely, producing a large metal wrench and holding it in his hand.”

Fearing the man was about to do something to them, the women left the business. Once she was outside, the man “immediately and without provocation or warning, began to strike the female employee numerous times in the head and upper body before fleeing the scene on foot. Both women returned to the business and called police,” Lt. Soulard says.

The weapon used in this incident was later found to be a large metal torque wrench, which was more than two feet in length and weighed over three pounds.

The female victim, 40, sustained serious, but not life-threatening injuries including lacerations to her head and hands, as well as a fractured arm. The woman was admitted to a local trauma center for treatment of her injuries, Lt. Soulard states.

Graciano, 32, was arrested for attempted murder and booked into County Jail by officers from the El Cajon Police Department Patrol Division.

“Graciano has an extensive, violent criminal history and is currently on supervised probation out of Riverside County. It is unclear at this time why Graciano was in El Cajon or why he attacked the victim, who is unknown to him and had no previous contact with her,” says Lt. Soulard. “Graciano is also under investigation for a strong-arm robbery that occurred earlier that day at approximately 4:00 a.m. at a gas station in the 700 block of North Mollison in El Cajon. The victim in that case was unharmed.”