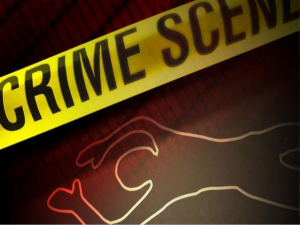 Updated with names of victims

April 27, 2019 (Lakeside) – Felix Joseph Hernandez, 50, is under arrest for killing his brother. George Hernandez, as well as shooting and injuring Elwin Ray Downs, 65. He is charged with murder and assault.

Sheriff’s deputies responded to a call reporting the shooting yesterday at 4:31 p.m. in a mobile home park at 13460 Highway 8 Business in Lakeside.  Deputies found a 65-year-old man in the parking lot with a gunshot wound to his torso. The victim reported another man had been shot inside a residence.

The first victim was transported to a hospital for treatment of his injuries.

Deputies found the second victim, also a 65-year-old man, inside the home but he was unresponsive. Deputies performed life saving measures until paramedics took over, but they could not revive him and he was pronounced dead at 5:05 p.m.

The first shooting victim identified Hernandez as the person who shot him. Witnesses indicated he had been at the residence during the shooting.

Hernandez fled in a vehicle but a short time later, returned to the mobile home park, where he was taken into custody by deputies at the scene, says Lt. Michael Blevins.

Sheriff’s Homicide unit is investigating the crimes.  The County Medical Examiner’s office will notify next of kin and perform an autopsy.