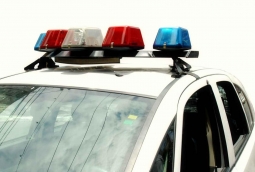 July 22, 2012 (Spring Valley)—A Spring Valley man was shot by two masked men with a shotgun after responding to a knock on his door by a unknown female at 3:00 a.m. in the 800 block of Sacramento Avenue in Spring Valley.

According to Sgt. Michelle McPail, deputies from the Lemon Grove Sheriff’s station responded to a report of the shooting.  After opening his door, the victim reportedly saw two masked men running toward him toting a shotgun.  He slammed and locked the door, but a shotgun round was fired through the glass portion of his front door.

The victim was struck in the right arm with three or four pellets from the shotgun blast, sustaining non-life threatening injuries. He was treated at the scene by medics.

It is unknown if the suspects fled the area on foot or in a vehicle, and there are no suspect descriptions.