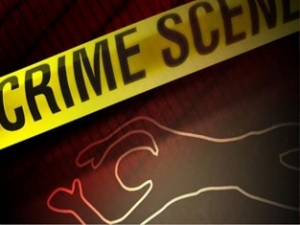 Update: The victim has been identified as James Owens, 31, of unincorporated El Cajon.

According to Lt. Thomas Seiver, deputies learned that a person acquainted with the man who was shot had driven him away from the scene. Deputies stopped the vehicle on Stallion Oaks Road near Dehesa Road about a mile and a half away.

They found the victim inside and attempted lifesaving measures. Sycuan Fire Department arrived and relieved deputies, but unfortunately they could not revive the man and he was pronounced dead at the scene.

Detectives identified Daniel Christopher Allen, 49, of unincorporated El Cajon, as the suspect. He has been arrested and booked into San Diego Central Jail on a murder charge.