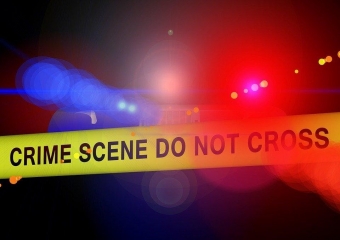 November 17, 2021 (Spring Valley) – Rafael Garcia, 39, of Spring Valley died last night of injuries sustained in a fight on November 11. Sheriff’s deputies responded to a call reporting an assault at Harness Street and Canyon Road in Spring Valley, where they found the victim was unconscious and not breathing after suffering head trauma.

Garcia was transported to a local area hospital in critical condition. Deputies later learned Garcia was not expected to live, so the Sheriff's Homicide Unit assumed responsibility of the investigation. Detectives identified Ignacio Martinez, 32, as the suspect who punched and kicked Garcia during a fight, according to a press release from the Sheriff’s department.

On November 12, Martinez was arrested outside his Chula Vista home by the San Diego Regional Fugitive Task Force. Martinez was booked into San Diego Central Jail for battery with serious bodily Injury.

After Garcia’s death last night, the Medical Examiner's Office conducted an autopsy today which found the preliminary cause of Garcia's death was blunt force trauma to the head and the manner of his death is homicide.

Martinez has remained in custody since his arrest. The Homicide Unit will coordinate with the District Attorney's Office to amend Martinez's charges.