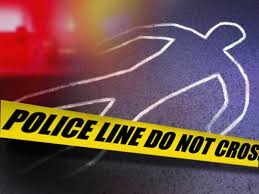 February 7, 2011 (Lakeside)—An argument over alleged reckless driving with a child ended with the death of a man, 33, last night around 8 p.m.

According to Lt. Dennis J. Brugos with the San Diego Sheriff’s homicide detail, following a visit the man returned the child to the mother’s home in unincorporated El Cajon. The mother, 28, came outside and confronted the man, her ex-boyfriend, over his  driving.

“This situation quickly escalated into a physical altercation, with the ex-boyfriend pushing her into the cab of his truck,” Brugos said. Hearing the commotion from within the residence, an off-duty Sheriff’s corrections deputy deputy, who is in a dating relationship with the woman, ran to her aid, along with her 16-year-old brother.

A physical altercation ensued, which resulted in the ex-boyfriend losing consciousness. Dispatched to the scene, deputies and fire department personnel discovered the man lying on the pavement. He was unresponsive. As such, he was transported to a local hospital, where he was pronounced dead shortly after midnight.First aid was rendered by fire paramedics prior to his being transported.

The name of the decedent is being withheld pending notification of next of kin.