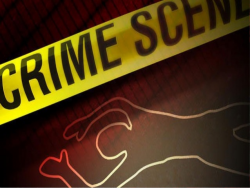 By Miriam Raftery
March 24, 2020 (El Cajon) – Two young men, both 20-year-old El Cajon residents, were shot during a confrontation March 20 shortly before 8 p.m., near the intersection of Applewood Drive and Cedar Street. One man was shot in the torso and died at a hospital. The other was shot in the leg and is expected to survive, according to Lieutenant Jeremiah Larson with El Cajon Police department.
Police responded to calls reporting gunshots heard with several people fleeing the area at 7:55 p.m. Witnesses described the confrontation. The names of the victims are not being released at this time pending notification of the families.
Anyone with any information regarding this incident is encouraged to contact the El Cajon Police Department at (619) 579-3311. Individuals with information who wish to remain anonymous can call the Crime Stoppers tip line at (888) 580-8477.