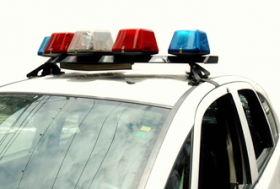 July 30, 2021 (La Mesa) – A 41-year-old man believed to be inside his workplace died at the scene after an SUV struck the building on Jul 28 at 5:30 p.m. According to La Mesa Police, drugs or alcohol are suspected of being a factor in the fatal crash.

The SUV was traveling eastbound on University Avenue when it left the roadway for unknown reasons and struck the building at 7373 University Avenue. The Medical Examiner’s Report indicates the victim worked in unit 101.

A La Mesa Police Officer witnessed the collision and immediately broadcast the information via his radio and began rescue efforts, according to a press release from the LMPD. Additional officers and fire department personnel arrived on scene a few minutes later.

The victim was found unresponsive and pronounced dead at the scene. The driver of the SUV, a 61-year-old man, was located inside the vehicle and was transported to a hospital with non-life-threatening injuries.

At this time, no arrests have been made.

The La Mesa Police Department’s Traffic Unit is investigating this incident with the assistance of the San Diego District Attorney’s Office DUI Homicide Team. The identification of the deceased is being withheld pending further notification of next of kin by the San Diego County Medical Examiner’s Office.

The public is encouraged to call the La Mesa Police Department at (619) 667-1400 if they witnessed this collision or have any other information regarding this incident.