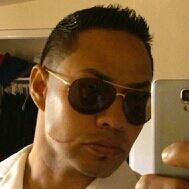 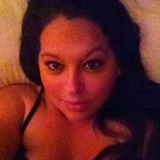 Welch posted on her Facebook page on July 25, 2014 that she was in a relationship with Rick Monggi 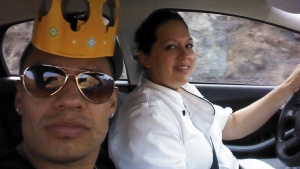 otti. (Photo, right: Welch and Monggiotti, from his Facebook page.)

It was her final post. The masthead on her Facebook page read, “I want to be the girl who makes your bad days better, and the one that makes you say “my life has changed since I met her.”

On Friday afternoon, Sheriff’s deputies responded to a call from Welch reporting that her child, 3, was dead.  Barona Tribal Enforcement officers arrived at the home on Quincy Canyon Road in response to a call reporting an attempted suicide.

Barona officers spoke with a man who went into the home.  A gunshot was heard soon after.  Welch emerged holding a shotgun, which she dropped on a dirt road outside.

Monggiotti was found dead inside with gunshot wounds to his chest and wrist.  Sheriff’s deputies obtained a search warrant and later found the body of the child in a freezer, underneath frozen foods.  The cause of the child's death will be determined by the Medical Examiner.

Mongiotti posted a video of a chlid on his Facebook page, where friends who learned of the deaths posted messages imploring that the chlid  "rest with the angels" though there has been no official confirmation of the child's identity.

Although a press release from the Sheriff's office indicated Welch was arrested for two murders, Welch's mother told 10 News that she received a text message from Welch's father, who lives on the reservation.  She said he texted her and said deputies told him that Welch shouted that her boyfriend, Monggiotti, had killed her son.  Welch's mother also suggested that her daughter recently had bruises and an injured lip, suggesting she may have been abused by Monggiotti.