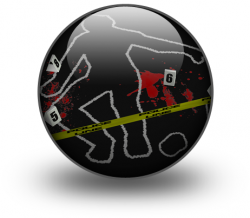 July 26, 2015 (Spring Valley ) – Shortly after midnight Saturday morning, July 25th, Sheriff’s deputies from the Rancho San Diego station responded to a report of a shooting at an apartment at 1034 Leland Street.  Deputies found a 55-year-old man inside who had suffered a gunshot wound to his legs.

The victim was transported by paramedics to Scripps Mercy Hospital, where he was treated for non-life threatening injuries.

According to the reporting party, several gunshots were heard just prior to the victim collapsing to the ground.

No suspect is in custody at this time.  If you have information, you can call the Sheriff’s non-emergency line at (858)565-5200. You can also remain anonymous and be eligible for up to a $1,000 reward for information leading to an arrest by calling Crime Stoppers at (88)580-8477.