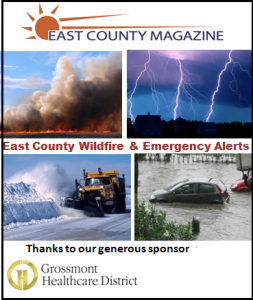 February 15, 2018 (Warner Springs) --  The Ranchita/Warner Springs Sheriff's Substation asks public help to locate a man in a pickup truck who tried to kidnap a woman yesterday shortly before 7:30 a.m. at her mailbox in the 29000 block of State Route 79 in Warner Springs.

The victim, 29, told deputies she was getting off her car to get her mail when a man attacked her and tried to get her into his truck. She was able to fight off the attacker and drive away from the area. She says the man followed her from the scene for some distance and then he continued driving westbound on State Route 76 toward Valley Center.

The woman suffered minor injuries and was treated at a hospital and released, says Sergeant Brian Jenkins with the San Diego Sheriff’s department.

Sheriff's Deputies are working on a sketch of the suspect. It will be released as soon as it is available.