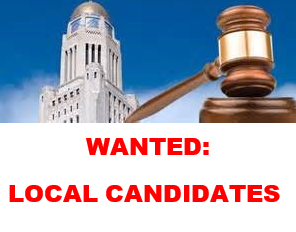 July 27, 2020 (San Diego’s East County) – The deadline to file to run for local offices is August 7 including school boards, water boards, fire boards, community planning groups, city councils and mayoral races. In some races, multiple candidates have pulled papers announcing intent to run (though none have yet turned in final paperwork to qualify for the ballot).  Other races have only incumbents running unopposed or in some cases, no candidates announced yet at all.

All community planning groups in East County currently have fewer candidates than seats. If not enough people run, vacancies will be filled through appointment by County Supervisors to these positions that advise Supervisors on key land use projects. There are many other races still lacking a full slate of candidates.

Interest appears strongest in city council and mayoral races. Here’s who has announced intent to run so far:

Councilman Stephen Houlahan is challenging Mayor John Minto in a race where land use and development issues are expected to dominate the race.  Houlahan, a nurse co-founder of Save Mission Trails, is running on a platform of opposing sprawling housing development projects and traffic gridlock, supporting preservation of open spaces. Mayor Minto is a retired police officer and fiscal conservative who says he wants to attract new businesses, improve infrastructure and reduce congestion on State Route 52.

In Council district 4, Dustin Trotter, a general contractor who ran unsuccessfully for the Council in the past, has announced his intent to run again. His website says he will work to “have a business friendly environment where we cut red tape and get government out of the way of small business,” as well as improving infrastructure, roads and public transportation. His announced opponent thus far is Samantha “Samm” Hurst; her website indicates she is running to “reduce traffic, support small business, preserve open space, and ensure that development projects are in line with the community’s vision.”

Lemon Grove has at-large elections, not by districts.  The financial future of the cash-strapped small city, which faced severe budget challenges even before the COVID-19 pandemic, will be a key issue.

However Councilman Jones posted an announcement on Facebook saying he’s running to provide leadership in crisis times. He faults the council majority for approving cuts to public works and law enforcement. Normally a fiscal conservative, given the city's financial situation he supports a sales tax increase and taxing cannabis dispensaries to raise revenues. Jones, a long-term member of the Council, also touts his experience as a mechanic, stating, “We fix things."

Martin previously ran for the City Council in 2018 on a platform of reimagining and revitalizing Lemon Grove. A former land use consultant for the state Assembly who has held a variety of other jobs ranging from adjunct college professor to wildland firefighter. He’s previously called for investments in public health/safety, infrastructure, and critical services as well as creation of green walkable spaces, community gardens, farmers markets, and prioritizing services for seniors, youth and recreation programs. He wants to generate tax revenues through the cannabis industry.

Councilman David Arambula has filed to run for reelection. So far, Councilmember Yadira Altamirano, who was appointed to fill a vacancy, has not yet filed for reelection, but may yet do so before the August 7 deadline. Arambula has sparked controversy over allegations of assaulting a marijuana dispensary owner who has filed a civil lawsuit against the city and Arambula.

Top concerns among voters include public safety and police reforms, following protests and a riot in which the city has drawn criticism after three buildings burned down and dozens of businesses were looted or vandalized. Perennial issues include the future of housing to meet growth needs while protecting character of communities and now, how to address needs of businesses and residents impacted by COVID-19.

Incumbents Kristine Alessio and Colin Parent will face challenges from potentially seven challenges who have indicated intent to run. Alessio holds a law degree; she previously ran with backing from the city’s police and firefighting unions on a platform of protecting public safety, providing transparency, maintaining fiscal health and a family-friendly community.  Parent, an attorney and executive director at Circulate San Diego, has advocated for affordable housing, walkable communities, transparency, and public safety.

Jack Shu, who led efforts to form a Citizens Oversight Public Safety Task Force on police issues. A management consultant, he has also served as president of Cleveland National Forest Foundation advocating for environmental and economic justice, land use and transportation issues.

Laura Lothian:  A realtor, previously ran unsuccessfully for City Council in 2012 as well as against then-Mayor Art Madrid in 2010. She previously ran on a platform of eliminating blight, reducing crime, and making it easier for businesses to open in La Mesa.

Other challengers, who have pulled nomination papers include business attorney Paul Mirowski, Allen Durden, Jose Fernandez, and Mark Sulak. No biographical info is readily available on these candidates however once the filing deadline closes, ECM will be contacting all qualified candidates for interviews.

El Cajon will hold by-district elections, with three seats on the ballot.

In District Four, incumbent Councilman Phil Ortiz, who was appointed to fill a vacancy, has filed to run for reelection.  So far, four challengers have pulled nomination papers. They are Estela De Los Rios, excutive director of a fair housing organization, as well as Dunia Shaba, a professor, Billy Thigpen, an auditor with Teach for America, and John Snape, who has not provided an occupation.

If you are interested in  running for a local office, don’t wait until the last minute, since some races may require signatures to qualify for the ballot or other documentation; fees may also be required to submit a ballot statement for voters to read.

The San Diego Registrar of Voters lists candidates who have filed so far to run for many other local races, including dozens of seats in East County for school boards, water boards, fire boards, and community planning groups.

For city council and mayoral races, contact the city clerk.  The four East County cities have all posted candidate filing lists on their website (check the city clerk's page and election section, where updates are being posted regularly).

Note: It is too late to file for some county, state and national races, since primary elections were already held in March to determine who will be in the run-off election on November 3rd for Congress, state Legislature and County Supervisor seats.