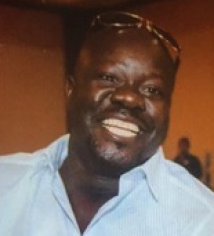 July 9, 2017 (El Cajon) – Alfred Olango would have celebrated his 39th birthday on July 29th, if he hadn’t been killed by El Cajon Police Officer Richard Gonsalves. The shooting was ruled justifiable by District Attorney Bonnie Dumanis.  But his family and some civil rights activists from the National Action Network (NAN) and others believe justice was not served.

NAN and 15 other organizations will hold a march and rally on July 29th in El Cajon, to announce a targeted effort calling on Police Chief Jeff Davis to fire Officer Gonsalves, who previously was demoted for sexually harassing women on the force and has triggered lawsuits against the City.

The City has previously indicated that the City Manager, not the Police Chief, is responsible for hiring and firing of employees.

The event convenes at 11 a.m. at 390 West Main Street in El Cajon with speakers, followed by a march at noon led by family members of Olango and faith based leaders including Rev. Shane Harris from NAN.

The march will end at Prescott Promenade, 201 East Main Street, El Cajon with guest speakers, singing, poetry, food, face painting and a public address from the family of Olango and the Alfred Olango Foundation officers. The event is slated to end at 1 p.m.

Olango, an unarmed African-American man, was fatally shot in September 2016 after his sister made calls to 911 voicing concerns about his “erratic” behavior.  According to the Los Angeles Times, a dispatcher asked repeatedly if Olango was “black or white” and told his sister that the situation was not a priority.

A psychiatric response team was unavailable due to another call. Arriving officers found Olango wandering in a parking lot of a Mexican restaurant drive-through. An officer ordered Olango to take his hands out of his pockets.  He pulled out an e-cigarette that police said resembled a gun, pointing it at one of the officers.