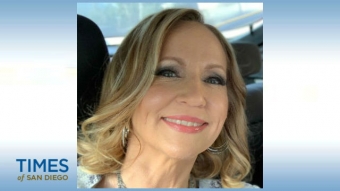 By Rick Griffin,Times of San Diego, a member of the San Diego Online News Association

The controversies included threats of student violence and teacher strikes, disruptive parents, rogue board members and disgruntled employees complaining to the press. Over her career, she also dealt with three school bond measures, five different superintendents and disputes over a promised high school in Alpine that has yet to be built.

Add to the list a regular schedule of school shooting anniversaries plus teachers getting fired for having sexual relationships with students. Then came the 2020 shutdown from the COVID-19 pandemic.

So, when a longtime CEO friend of Martin who’s familiar with her skills, expertise and career contacted her about a job in the private sector with a higher salary and living closer to family members in Ohio, the decision to begin a new chapter was easy for the Cleveland native. Martin left Grossmont Union in December and will begin later this month as VP of communications for a Cincinnati-based company that manufactures welded steel tube.

“I wasn’t looking, instead an opportunity found me and I’m very excited about utilizing my skills in a different field," Martin, 50, told Times of San Diego. “I was never planning to retire in California, it’s too expensive and becoming even more so. Relocating to Ohio for this new role just fast-forwarded that process. It’s interesting how God works when you put an intention out there. The pandemic provided a time to re-evaluate and it became clear that it was the right time to move on.” 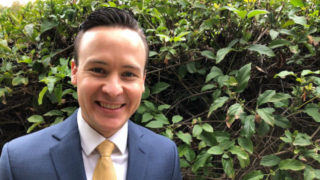 Martin’s replacement is Collin McGlashen (right), who spent the past 14 years as a staff member for East County Republican politicians, including 12 years with former State Assemblyman and State Senator Joel Anderson, who was recently sworn in to the San Diego County Supervisor District 2 seat. McGlashen spent the past two years as district director for State Senator Brian Jones, Anderson’s successor.

“When I decided to leave the high school district, I reached out to Collin and encouraged him to apply,” Martin said. “I think he will be fantastic in this role because he already has established relationships throughout the East County on both sides of the aisle. Collin understands East County. He knows what’s important to constituents in this region.”

McGlashen boasts the same title as Martin’s, which is director of public affairs and legislative relations. He began his new job in December.

“I was not looking to jump to a new position, I was happy where I was,” McGlashen, 37, said in an interview. “But, when Catherine reached out and others in the community encouraged me, my wife Nicole and I thought hard about it and realized what a great fit this would be.

“I have immense respect for Catherine and the job she did here, and I’ve benefited already from her sharing her experiences with me. Like my previous work, this is a great opportunity to serve the public. An important aspect of my new role is ensuring our families are informed about district decisions and they can know how those decisions will affect their students. I’m also here as a liaison to community leaders and elected officials. So, my past service for East County’s state legislators has prepared me well.”

Martin said she is especially proud of how the district modernized its campuses in recent years, including technology enhancements that made remote learning easier during the springtime COVID-19 shutdown.

“Grossmont campuses opened for in-person instruction back on Sept. 29,” she said. “We were ready for the new reality. Our district has been one-to-one with Chromebook devices for seven years. That wasn’t the case with other area districts.”

Martin also said she will miss the friendships with school district staff and teachers, as well as local law enforcement.

“Parents should realize that the school district is doing everything possible to make our schools the safest place possible for their kids,” she said. “The idea of reducing police presence to make schools safer is a fallacy. It would have disastrous affects on learning.”

Martin said she will not miss the late-night phone calls from reporters asking about the latest rumors posted on social media. “We took seriously every hoax, but our message was always, ‘yes, we know about it and so do the cops who are investigating.’”

Martin said her departing advice to McGlashen was simple. “I told Collin to think like a parent, which is easy for him to do since he is one (he has three young children, ages 6, 5 and 2). I also shared some advice that was given to me: No one will ever thank you for not informing them. If there’s any way to tell it, then it’s always better for people to know what’s going on.”