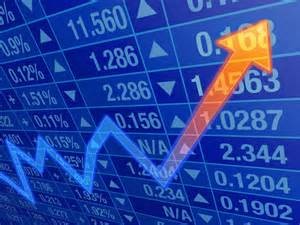 November 9, 2016 (New York) -- America just became much more interesting to watch with the election of reality TV mogul Donald Trump as the 45th president. Trump has exceeded 270 delegates in the electoral college despite trailing Hillary Clinton by just over 200,000 votes nationally in the popular vote.

On Election night, Trump gave a speech pledging to heal the nation that was in contrast to his fiery and divisive campaign rhetoric.  So how are the markets reacting—and why?

Trump’s win caught most by surprise.  Clinton finished below pollsters’ expectations, as did Tom Bradley in 1982, the African-American Mayor of Los Angeles who ran far ahead in polls for California Governor, but ultimately losing to a white candidate. A phenomenon dubbed the “Bradley Effect” revealed that when race is a factor, voters often weren’t truthful with pollsters.

But according to the Nightly Business Report the Dow Industrials today gained 256 points, up 1.4%, and the Nasdaq Composite and S&P 500 both finished up 1.11%.Markets reacted Wednesday far differently than banks predicted, with Trump’s election night conciliatory victory speech relieving jittery investors.

Bankers and fund managers will have to learn to co-exist with the very thing they abhor: uncertainty. But it is part of what Trump believes will be a strength of his foreign policy.

Pundits predicted a sharp sell-off in the event of a Trump win, but were proven wrong, yet again. As one Twitter post read, “with the exception of the Brexit, the Cubs and Trump, the experts have had a great year.”

Bond yields spiked in anticipation of inflation that would accompany a massive infrastructure project such as that proposed by Trump on Election night. Gold yields, a traditional safe haven for investors, initially increased 5% but ended flat. Crude oil and non-clean energy stocks traded higher.

Pharmaceutical stocks rose, including Pfizer and Merck each gaining more than 6%, as Democratic pressure to reign in prescription drug costs appears less likely with Republicans in control of both Congressional chambers and the presidency.

Trump’s pitch to eastern Ohio and western Pennsylvania voters of bringing back the Coal Age sent coal stocks up, with Peabody Energy gaining 47% and renewable energy stocks taking a beating.

Private prison company stock values surged on news of the authoritarian Trump’s election.  The biggest winner is Corrections Corporation of America (CXW) that had its stock rise over 49% by early afternoon; another private prison stock, GEO Group (GEO) jumped over 21%.  Together, those gains added more than $1 billion to the market values of the prison companies.

Trading is not so rosy in the Asian stock markets, with overseas investors worrying about the potential of trade wars Trump has promised as a way to reign in the US trade deficit.

French President Francois Hollande said the Trump election “opens up a period of uncertainty” while United Kingdom’s Theresa May reminded Trump while congratulating him that the two countries share “an enduring and special relationship based on the values of freedom, democracy and enterprise.”