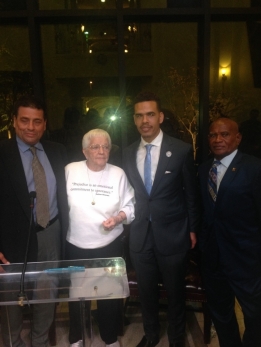 January 31, 2018 (Lemon Grove) — “Where are we 50 years later?” That is the question posed by Reverend Shane Harris, president of the National Action Network in San Diego, and by keynote speaker, educator and anti-racism activist Jane Elliott at the Martin Luther King Jr. 88th birthday celebration held on Friday, January 19th at Lemon Grove Community Church. NAN is a social justice organization that advocates on behalf of minorities and the disenfranchised. The celebration paid homage to Dr. King and honored local civil rights activists. 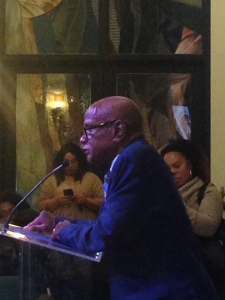 The celebration highlighted many of Dr. King’s contributions and focused on the stark reality of racism in this country. Keynote speaker Jane Elliott (pictured below with reporter Maridian Broadus), known for her Blue Eyes-Brown Eyes exercise, says, “I wish I didn’t know what I know.” Elliott has traveled the continental United States and abroad advocating equality for all people regardless of skin color. 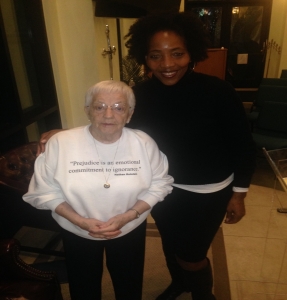 She particularly exposes the prejudices some white Americans have against African Americans and other people who do not fit into the “white” mold. As a matter of fact, during her presentation, she asked this poignant question, “if you are white and you want to be treated the way you treat black and brown people, please stand.” The room was silent and no one stood.

Elliott then went on to acknowledge how African-American women have suffered greatly in this country, from slavery to the present.

She recalled a conversation she had with a female friend who is black. The friend found out she was pregnant and when Elliott asked her what she wanted to have, the woman said, “I pray to have a girl, no boy, because I could not bear to lose him.” African American women live in fear of losing their children when white people in authoritative positions, often due to racist thinking, fail to keep them safe, she noted.

Elliott went on to say, “The land of the free is for the white man and home of the brave describes the black woman.” To be free and to be heard are rights that minorities struggle to obtain in a white driven society; but with NAN Director Shane Harris at the helm, minorities and the disenfranchised are being heard. He declares, “Everybody should have space at the table. Activism needs everybody’s support.” 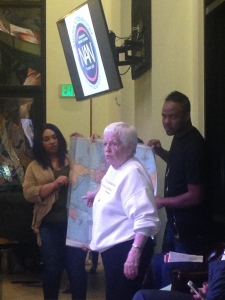 As an educator, Elliott shed light on how biases in the classroom contribute to “ignorant” racial thinking. She showed the differences between the Mercator World Map, which is used in American classrooms, and the Peters World Map.

Elliott explaining the differences between the Mercator & Peters World Maps 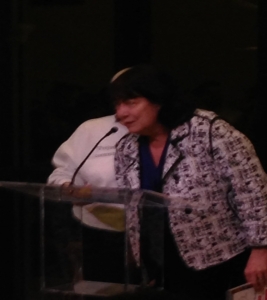 Councilwoman Jennifer Mendoza (left) of Lemon Grove attended the event and presented Elliott with a certificate of appreciation. She also presented NAN with a proclamation from the City of Lemon Grove. When asked what she thought of the event, the Councilwoman simply stated, “I was amazed to hear Jane talk about racism and equality. As a white woman, it made you squirm but now that I know, I plan to get more involved with social justice organizations.”

Elliott closed out her speech telling the audience that she lives her life “being in total control, honey” and urged everyone to always treat people how they want to be treated, not how you think they want to be treated. There is a difference. Once you realize that, then acceptance is right around the corner. 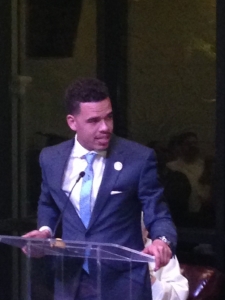 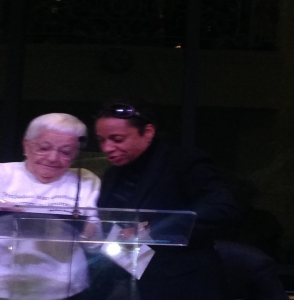