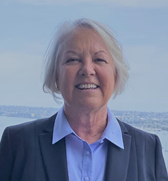 June 7, 2022 (San Diego) – Early results after polls closed tonight show Undersheriff Kelly Martinez with a strong lead in the race to become San Diego County’s next Sheriff. Martinez has 39.5% in a field of seven contenders. The top two will run off in November. Currently retired prosecutor, police officer and ex- Marine John Hemmerling has 19.9%, trailed closely by retired Sheriff Commander Dave Myers at 17.8%..

Martinez, a Democrat, has the endorsement of former Sheriff Bill Gore and the San Diego Gun Owners Association. Myers is endorsed by the Democratic Party, while Hemmerling is the Republican Party’s endorsed candidate.

Hemmerling recently lost the endorsement of the San Diego Union-Tribune due to remarks caught on tape that were perceived as disparaging to transgender individuals, though Hemmerling has said his comments were taken out of context and meant to criticize a county ordinance, not transgender people.

If elected in November, Martinez would be the first woman to lead the Sheriff’s department.

Key issues include reducing the high number of deaths in county jails, recruiting and retaining staff, reducing crime and recidivism.

View our prior interviews with these three candidates: