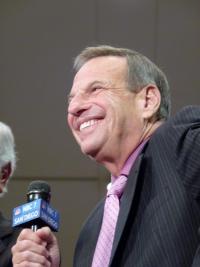 June 11, 2013 (San Diego) -- Mayor Bob Filner’s balanced budget and financial priorities were adopted by the San Diego City Council on June 10. A 7-2 majority of the Council sided with the Mayor and made a commitment to fiscal responsibility and enhanced city services for the coming year.

In a separate action, the Council approved the Mayor’s five-year labor deal with City workers that will save more than $108 million over the term of the agreement by reducing the amount that the City has to pay into the employee retirement system. The labor deal will provide the City with much needed stability and predictability continuing its path toward recovery, the Mayor’s office indicated.

“This is an important turning point for the City. The stability and financial security of my five-year labor deal combined with my budget focus on restoring neighborhood services, makes this the best City budget in years,” the Mayor said. “No tricks, no gimmicks or hidden costs. This is a solid foundation that will keep the City’s financial recovery on track.”

There is funding to increase hours for branch libraries and to expand operations at the new central library up to 52 hours each week. There will be more money for street repaving, adding street lights and repairing sidewalks across the city.

“I am pleased the City Council focused on retaining the critical balance between improved neighborhood services and the fiscal restraint,” the Mayor said. “We need every bit of this investment to ensure we continue on our road to recovery.”

The Mayor’s budget will go into effect on July 1 of this year and includes funding for Balboa Park and for Arts and Culture programs throughout the City. It also provides for the continued operation of the Emergency Homeless and the Emergency Veterans Shelters that were scheduled to close on June 30, 2013.