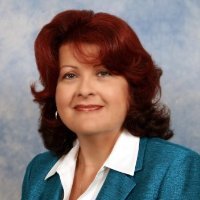 “I am taking on this responsibility fully aware of the allegations and concerns confronting the Mayor and the City at this moment in history,” Burdick said regarding the sexual harassment claims against the Mayor. “After serious introspection, I must step forward to help the City through these challenging times. I strongly support the Mayor’s agenda of putting neighborhoods first, of implementing innovative ways to bring good paying jobs for all San Diegans, of leading the way in energy policy and environmental sustainability, and in setting a more compassionate tone for an inclusive City where everyone has a seat at the table. I also support the Mayor’s commitment to not only pursuing excellence and action when it comes to promoting the City, but his commitment to doing the right thing in his interactions with the people he serves. This City will move forward.”

Mayor Filner described Burdick as “an incredible talent who brings a wealth of experience, knowledge and integrity to the Office of the Mayor. I respect her and intend to rely heavily on her leadership in this new role.”

Burdick will assume the role as Chief of Staff immediately. Former Congressional Chief of Staff Tony Buckles, who recently came to San Diego to help with the transition of moving Burdick into this role, will head back to Washington D.C.