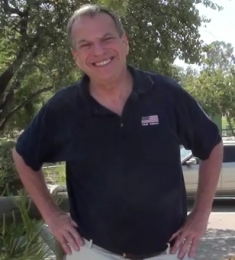 March 17, 2013 (San Diego) – This week, Mayor Bob Filner celebrated his 100th day in office as the 35th Mayor of San Diego by releasing a list of accomplishments in his first 30 days.

To the delight of some and the dismay of others, the new Mayor is shaking things up at City Hall and challenging the powers-that-be as he strives to fulfill his campaign promises for change.

Filner is only the second mayor in the strong mayor form of government in San Diego. As Chief Executive Officer of the eighth largest city in the U.S., the Mayor runs the City’s daily operations.  He has taken a hands-on approach, meeting with constituents and directing staff to provide diversity in contracting and decision-making.  He has also emphasized improving the quality of life in all neighborhoods, visiting with neighbors to hear their concerns.

“There’s something wrong when the City embarks on a process without informing all the people that will be affected by that process,” he said. “Over the last two decades, San Diego has not done a good job in keeping all of our neighborhoods thriving like downtown San Diego.  It’s because some of our elected officials lost sight or were blinded by special interests or had tendencies toward complacent governing,” he observed, adding, “I’m here to change that.”

Former Chair of the Veterans Affairs Committee in Congress, Filner has made helping homeless veterans a priority since taking office on Dec. 3, 2012. He has met with homeless veterans and changed the policy at the Homeless Veterans Tent to provide services to women veterans. He is pursuing additional permanent housing for the homeless and providing funds to extend a temporary homeless shelter through spring. He’ is also leading efforts to build two permanent public bathrooms downtown, which would give the homeless a little bit of dignity, he said.

Ending programs that create bad impressions were also on his to-do list when he took office. For years, as a Congressman, he heard complaints about the red light camera photo enforcement, at a dozen busy intersections—and felt that $500 tickets were not the best way to welcome tourists. So he flexed his strong mayoral muscle and had the red lights taken down and shipped back to the contractor.

“It’s the AQUA economy,” said Mayor Filner, when he presented his plan to the San Diego City Council Rules and Economic Development Committee.

Mayor Filner has also established an Office of Bi-National Affairs in the City of Tijuana, Mexico, to support his goal of creating a San Diego/Tijuana mega-region, to promote bi-national ideas, business and to improve the access through border crossings that separate the two countries.

At the grand opening of the office with Tijuana Mayor Carlos Bustamante, he announced plans to submit a bid to host the world’s first Bi-National Olympics in 2024. “It’s never been done,” the Mayor said. “It would be great. We have the Olympic Training Center not far from the border and Tijuana has world-class facilities, too.”

After years of the City battling to save seals at the La Jolla Children’s Pool, Mayor Filner worked with the non-profit Western Alliance for Nature to install a 24-hour, infrared “Seal Cam,” which can be viewed worldwide online and also thrilled researchers who now can watch live nighttime births during pupping season.

Keen on making his vision a reality for a more walk-able and bike-able City, he announced the first CicloSDias for San Diego this August, where bicyclists and pedestrians will rule the streets to promote alternative transportation.

Mayor Filner also stood up for taxpayers by refusing to sign a contract authorizing the collection of a tax approved by a small group of hoteliers. The tax is illegal, he said.

But his position on the hotel tax has been challenged by the hotel industry; a judge will hear the case March 22. The City Attorney has also clashed with Filner on this issue. Meanwhile, the Mayor adamantly defends his position.

“These big business interests are the same interests who demand that the City government outsource work and cut their services, and yet, these same hoteliers are demanding that the City collect this tax for them,” Mayor Filner said. “If they want to spend money on attracting tourists to our town, then they can set up their own fund or they can present this tax to the voters to decide. That’s the right thing to do.”

What a breath of fresh air!  Transparency, concern for all San Diego citizens, consulting citizens about their views and needs, moving forward to address global climate disruption and disaster.  I never thought I would see this happen here.

I sure am glad to see old Bob is not my Congressman any more.