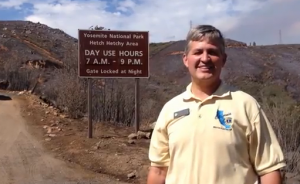 “Our initiative seeks to assist our most vulnerable residents in the event of a disaster,” said Dave Roberts in a newsletter to constituents.   Also on Tuesday, the County’s Office of Emergency Services will update Board members on community preparedness and improvements made since the 2007 firestorms  as the height of fire season approaches.

Vulnerable residents include those with physical, cognitive or emotional disabilities.  A survey by the UCLA Center for Health Policy Research found a staggering 26 percent of San Diego County residents report they are disabled due to a physical, mental or emotional condition.  A 2009 survey asked if people were prepared for a major disaster and among those who replied “not prepared, 30.3% said they were disabled.   County records also list 25,000 individuals who need a personal care assistant to be independent.

The County also seeks to find more ways to disseminate disaster information to non-English speakers as our region’s population now includes many refugees and immigrants from countries around the world.

The plan calls for better equipping caregivers for evacuation and self-sufficiency, as well as training of shelter workers to care for individuals with disabilities, and recruiting shelter workers with medical backgrounds.

I was impressed by the fire service’s use of unmanned aerial vehicles and computer models to track fire movements that can shift on a dime,” Roberts said of drones deployed at the Rim Fire.  The high-tech firefight there also included color maps printed at a mobile print shop to keep firefighters  up to date, as well as trailers jam-packed with computer and radio equipment in the field.

While at the Rim Fire near Yosemite, Roberts met with emergency responders and government officials, also pitching in to help out in the kitchen at an evacuation center and sleeping on a folding cot.  He was accompanied by Jamie Edmonds, past president of the San Diego County Council of Firefighters.  View video of his visit: http://www.youtube.com/watch?feature=player_detailpage&v=fRKxesDWab4

With the 10-year anniversary of the Cedar Fire in October, the state’s worst wildfire ever, Roberts reflects, “Today, we are better prepared and better equipped.”  But there is still room for improvement, and the newly elected Supervisor aims to  bring agencies and resources together to  further improve disaster preparedness and response.

The BOS may want to consider starting a County Fire Department. I hear they also come in handy when there is a fire. Oh wait, that costs money. Lets just "disseminate disaster information" that ought to work?

and nobody has yet come up with a reasonable justification for not adding this to the charter, given that the county is forcing volunteer fire departments to disband and join the County Fire Authority but with no guarantee of long-term stability or funding.