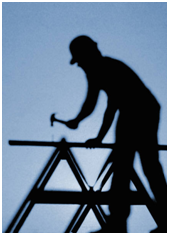 August 30, 2014 (Sacramento) – Just in time for Labor Day, a bill to protect temporary workers, AB 1897, has passed the Legislature and is now on the Governor’s Desk.

Increasingly companies are relying on long-term use of temporary workers even for strenuous and dangerous jobs, and some have reportedly been cheated out of wages.A report by ProPublica found that in California, temporary workers face a 50 percent higher risk of being injured on the job than permanent employees. Subcontracted workers have no guarantee of future work and risk punishment for speaking out or reporting hazardous conditions--problems this measure aims to correct.

The bill has support of labor groups and opposition from large employers.

Art Pulaski, Executive Secretary-Treasurer of the California Labor Federation applauds passage of the bill to protect vulnerable temporary and subcontracted workers from exploitation by large corporations.

He says, “By holding corporations that use fly-by-night subcontractors and staffing agencies accountable for mistreatment of workers, AB 1897 addresses a growing problem in our economy that's undermining the middle class and fueling a growing gap between the wealthy few and everyone else.” The labor leader cites workers’ stories of abuses by large corporations such as Walmart, that he says have taken advantage of the subcontracting model by “shielding their businesses from responsibility to the very workers that make the business run.”

AB 1897 was opposed by a coalition of business interests including the California Chamber of Commerce, which argued that the measure forces one company to essentially insure the wage and hour obligations, workers' compensation coverage, occupational health and safety duties of a separate employer's employees.