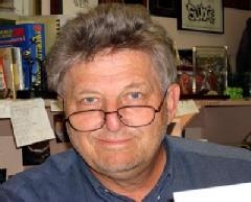 March 30, 2011 (Rancho San Diego) – Want to get media coverage for your business or organization? Find out how at “Media Day” on April 1st. Get tips from editors on print, online and broadcast media on how to maximize your exposure in the press. Hear from marketing and public relations experts on how to write effective press releases and develop winning strategies for “earned media coverage” – in other words, free press! 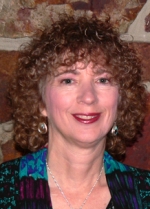 East County Magazine editor Miriam Raftery, Day Chair of the event, will speak on Gaining Media Access.  Other speakers include J.W. August, who oversees the Channel 10 News I-team of investigative journalists, Gayle Falkenthal, President of the Falcon Valley Group, Kim Beales, St. Somewhere Marketing and Leonard Villarreal, Public Information Officer of the San Miguel Fire District. The event also includes a panel of editors and journalism professionals. In addition, the program includes Marinello School of Beauty Director Terrilynnette Minor, who will advise participants on how to present your best image.

This special, all-day event is sponsored by ABC’s KGTV Channel 10 NEWS in San Diego. The Women’s Higher Education Entrepreneurial Leadership, WHEEL Program™ is an exclusive Rancho San Diego-Jamul Chamber of Commerce program. To promote this exceptional program, guests are invited to attend Media Day by purchasing a one-day pass. Cost is $45 for Chamber members, $55 for non-members; you must be registered by the chamber no later than Thursday March 31st 12 noon to be admitted onto the lot, no exceptions.

The Women’s Higher Education & Entrepreneurial Leadership (WHEEL) Program™ the only program of its kind in San Diego and will soon begin accepting application for September 2011. The program offers a year-long high-impact core program, meeting one day a month with a POWER Project™ due by graduating students. April is “Media Day” sponsored by KGTV Channel 10 News. The all day program focuses on gaining media access, marketing, media ethics, digital media, reporting, camera ready interviews, with a distinguished panel group rounding out an intense learning day for students, day chairs, and guests.

The program begins with Miriam Raftery’s presentation on Gaining Media Access- how to write unique and effective press releases and get them published successfully. She is an award-winning journalist, editor, author and media consultant. Recipient of the American Society of Journalist and Authors' national Arlene Award, she has also won honors from National Federation of Press Women and Society of Professional Journalists. Her 25-year writing career includes positions in government, business and nonprofit organizations as well as magazine editing, corporate and media consulting experience. She has served as marketing director of a nationwide corporation and is a former editor of Nutrition Business Journal, where she interviewed hundreds of marketing experts and corporate marketing directors worldwide. Currently, she is the Editor and Founder of East County Magazine, one of the largest on-line news sites in San Diego, as well as owner of WriterInk, a freelance writing and media consulting business.

J.W. August the managing editor at 10 News, presents ethics in the media with an extraordinary view into the media, news reporting and operations. He will also conduct a tour of Channel 10 Studio. For 29 years, J.W. August has worked at KGTV and now oversees the 10News I-Team, the longest running investigative unit in the San Diego region. J.W. August has been recognized by the U.S. Attorney’s Office for exposing fraud and received the public service award from numerous local advocacy groups have honored his work on behalf of the public. He has won 24 Emmys for investigative reporting, writing, and journalistic enterprise. The San Diego Press Club and the National Academy of Television Arts and Sciences have recognized him for lifetime achievement in the news business. Included in the program is Channel 10 News’ own reporter on duty, who will give students and guests the reporters perspective, tips on what reporters want to see and hear and how to prepare and conduct a successful interviews.

Media Imaging in today’s high-tech media world requires reporters, public information officers, community relations managers and spokespersons to look their best on and off the camera, to be “Camera Ready.” Terrilynnette M. Minor, M.A. School Director Marinello Schools of Beauty and her team will give guests tips on make-up, wardrobe, and overall media presence. For over 100 years, Marinello has been educating students to enter a professional career in the Beauty Industry. Marinello has provided thousands of Graduates with "Cosmetology Education" in Arizona, California, Nevada, Oregon and Utah. It all began when Ruth Maurer, wife of Dr. A. A. Maurer, a La Crosse, Wisconsin physician, cooked up a batch of face cream in a double boiler over a gas jet in the basement of her red brick home. Mrs. Maurer was certain big money could be made commercializing woman's ageless battle against the facial ravages of time. This was 1903, before the days of radio and TV and beauty parlors and plush salons where today's tint, trim or curl are considered a must.

Marketing & Advertising is an essential key in operating a successful business Kim Beales managing Partner for ST. Somewhere Marketing has been a marketing professional for 18 years. She gained agency, in-house and freelance experience before officially establishing the St. Somewhere Holdings, LLC in 2009. Her in-house experience includes serving as the marketing manager for both Motivational Systems, Inc. and TransWestern Publishing. She is active in San Diego’s philanthropic community. She also teaches upper and lower division university courses in communications, public speaking and advanced presentation skills.

Leonard Villarreal will present unique secrets to gaining media access. Leonard Villarreal took on the role of Public Information Officer with the San Miguel Fire District in April of 2007. This follows a 32 year career in the television news industry. Leonard was also responsible for creating two of the most popular news franchise weekly segments in KGTV’s history; the 10Leadership Award and “Does it Work”. As part of the 10Leadership Award program, Leonard helped select and honor more than 800 San Diegans for their efforts in making their community a better place to live. With a news career spanning more than three decades, Leonard participated in the coverage of nearly every major news event in San Diego since the mid-seventies .

Panelists will include Leonard Villareal and Gayle Falkenthal (see biographies above) as well as the following news editors:

Ken Stone, Editor, La Mesa Patch: Ken Stone has been a working journalist since 1976, when he graduated Phi Beta Kappa from the University of Kansas. From roots in community journalism (sports editor at the Lamar Democrat in Missouri and editor of two weeklies in San Marcos, Calif.), Ken grew into a seasoned copy editor at several dailies, culminating in a 24-year career at The San Diego Union-Tribune. The last seven years were spent moving the print edition online at SignOnSanDiego.com, the U-T's website.

Eric Yates, Editor, Mt. Helix Patch: Born in Roanoke, Virgina, Eric Yates took a 15-year detour to Colorado Springs, Colorado and returned to Roanoke when he was 16. Came to San Diego to attend Point Loma Nazarene University and has been here ever since. Eric has been a working San Diego journalist for the past nine years for media outlets including the San Diego Union-Tribune, San Diego News Network, San Diego Magazine, and the San Diego Community Newspaper Group before joining Mt. Helix Patch.

Pre-registration is required.  For more information or to make reservations, e-mailchamber@rsdjchamber.com or call Valerie Harrison at (619)670-8244.