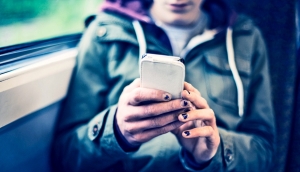 April 4, 2018 (San Diego’s East County) - Social media companies such as Facebook and Twitter are taking steps to combat bots, or automated accounts that have been used to spread Russian propaganda, influence U.S. politics, spreading fake news stories as well as inflammatory posts intended to divide Americans on issues such as race relations and gun control.

But some California legislators think those steps don’t go far enough.  Now, a new bill would require social media companies to disclose if posts reaching Californians are from bots.

Bloomberg news reports that up to 15 percent of Twitter’s accounts are bots. Facebook has estimated that up to 150 million people saw posts by Russian bots including propaganda and fake news.

The measure by State Senator Bob Hertzberg would make it illegal for bots to communicate with people in California for the intent to mislead and without conspicuously disclosing that the posts are not from real people. It would require that people be able to report violations, and would also require technology companies to submit reports bimonthly on violations.

California, where many of the major tech companies are based, is pushing forward with proposed regulation in the absence of federal action.

Some tech companies are also taking actions of their own. Twitter has changed its algorithms and suspended many automated accounts, while Facebook and Google have reportedly hired more people to review content.

The Internet is rife with false propaganda and there's too many people who actually believe the rhetoric even if the evil doers are exposed. Far too many choose to believe the real fake news because of mind manipulation.