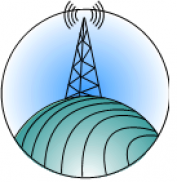 April 24, 2013 (San Diego) --If you are concerned about media control, ownership and reform and how your community is served, a summit this Saturday may offer thoughtful perspectives.  While the focus will be on Los Angeles news coverage, don’t think that these discussions will not affect you.  Media concerns and new ideas for better news in any area of the country concern all of us and the summit speakers are quite impressive.

LA Media Reform Group announces its 6th Annual LA Media Reform Summit at Occidental College in Los Angeles from 1-5 p.m. followed by a reception.  The summit is co-hosted by: California Common Cause, The LA Progressive, and the Occidental College Urban and Environmental Policy Institute.  To complete the evening MoveOn is hosting the first public showing of a new documentary on whistleblowers and the free press.

Then at 7:30 p.m. summit attendees will get the first public screening of a new documentary from Brave New Films entitled "War on Whistleblowers:  Free Press and the National Security State" hosted by MoveOn.  The cast includes:  David Carr, Journalist, New York Times; Lucy Dalglish; Dean of the Philip Merrill College of Journalism, University of Maryland; Steven Aftergood, Director of the Project on Government Secrecy at the Federation of American Scientists; Tom Devine, Legal Director of the Government Accountability Project.

Cost for the summit is $20, or $10 for students and seniors, including reception.

For further information go to http://www.lamediareform.wordpress.com/6thsummitagenda or call 213-623-1216.