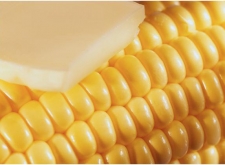 January 23, 2010 (San Diego) --Genetically modified corn can damage the liver and other internal organs in mammals.  Those are the findings in a new study published in the International Journal of Biological Science. Rats fed GMO (genetically modified organism) corn for just three months suffered serious liver, kidney and other damage.

Over 81% of all corn planted in America is GMO, along with well over 80% of all soybeans. GMOs are used in products widely sold in grocery stores and consumed by people across America.

So why hasn’t our media reported these health hazards to the public? 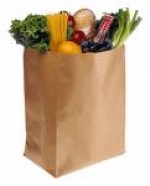 Food and communication are basic to our sustainment, yet both the mainstream food and media industries have been so consolidated that the majority of what they produce is toxic to our culture and health. In the documentary Food Inc. authors Michael Pollan (The Omnivore's Dilemma, In Defense of Food: An Eater's Manifesto) and Eric Schlosser (Fast Food Nation) along with many other leading thinkers on the topics of food politics discuss the disastrous state of the food industry.

Eric Schlosser, writer of Fast Food Nation, has been conducting investigative reports on food topics and a food industry which he describes as "deliberately hidden from us". Similarly, media policy and communications policy is not discussed on the major news networks. The Telecommunications Act of 1996 was discussed for 19 minutes by the three major news networks over a time period of eight months when the bill was being passed.

The veggie libel laws are agribusinesses' attempt to stifle speech through law. These food disparagement laws which have been passed in 13 U.S. states mean that if you want to speak out against the food industry, as many have, you will be brought to court. Critics of specific food corporations go through costly trials, whether or not their claims are true. Many agree that these laws were not made to reap monies that a corporation could claim from each case if they win,  but instead to send a message to all Americans that practicing their First Amendment rights comes at a price.

The truth is that 70% of foods have some GMO ingredient--and our health is at risk every time we eat industrially manufactured food. Did you know that in 1972 there were approximately 50,000 FDA food inspections and in 2006 there were only 9,000?

Deregulation has severely weakened consumer regulation laws in both the media and food industry. Both are so intrinsically interwoven, we need investigative journalism to thrive to hear more about these policies so we can act on creating change around these major aspects of our daily lives. Every time a story breaks, it pulls back the veil and gets us closer to the truth. Today newsrooms lack the finances and the will to engage in hard-hitting investigative journalism. Just as a chicken is genetically modified to grow in 49 days instead of 3 months, stories are artificially overexposed and enhanced to fill time on 24 hour news networks, newspapers and websites.

In the movie Broadcast Blues, Amy Goodman of Democracy Now! says that we have a "radical media system" because it has been so conglomerated and lacking diversity in opinion. Recently Jeff Chester of the Center of Digital Democracy was on Democracy Now! and spoke about the proposed Comcast-NBC Merger. He said that "So you have the worst of several possible worlds. You have a handful of companies controlling television, in essence, broadcast and cable television, and they’ll be able to extend that to online and get hefty fees from us for cable service, for broadband service, plus all kinds of new forms of advertising. And that’s why I think it’s a test case for the Obama administration." 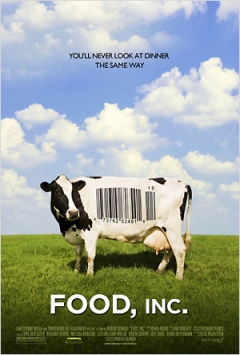 n the movie Food Inc. it is emphasized that "industrial food is not honest food" and that once corporations grasp for mass appeal, consumers and products are viewed differently. We see today that the corporately sponsored, non-independent journalism does not lead to "honest information". John Nichols in an interview with Robert McChesney on PBS's Now say that this degeneration of news is what is creating "a perfect model for a propaganda state", which he explains is "very few independent journalists, independent sources of news, but a need for news, a demand for information, well who fills that vacuums, well naturally big corporations and government."

Others believe that citizen journalists can fill the gap that traditional media is leaving through new media and by creating blogs, digital video and podcasts. It's important that we all see ourselves in the "truth-telling" process by communicating to our communities what we see and lifting the veil. Taking action is so important because our current administration as many before them have proven to not take the proper action we need for Americans to prosper. 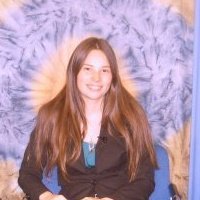 Mera Szendro Bok is a media reform advocate and public speaker. She is the Communications and Information Officer at New Media Rights, a San Diego based non-profit that gives free legal assistance to citizens about their legal rights and the internet.