Some media figures applaud the criminalization of investigative reporting.

A media advisory from Fairness & Accuracy in Reporting (FAIR)

September 27, 2013 (San Diego) – U.S. soldier Chelsea (formerly Bradley) Manning's 35-year sentence represents the harshest punishment issued to date for providing media with evidence of government wrongdoing (Forbes, 8/21/13). She is the first whistleblower to be convicted under the Espionage Act, ratifying the new reality that those who give the press information that the government wants to keep secret will henceforth be treated as spies.

Manning's sentence is only the latest example of the criminalization of investigative journalism that has greatly intensified in the Obama era (Extra!, 9/11). While whistleblowers have been the chief targets of the harsh crackdown on media challenges to official secrecy, journalists themselves are increasingly in the government's sights. 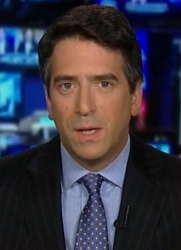 Fox News' James Rosen, for example, was declared a "co-conspirator" under the Espionage Act in the case of State Department contractor Stephen Jin-Woo Kim, accused of leaking information about North Korea; this allowed the Justice Department to read Rosen's emails, an intrusion on freedom of the press that is forbidden under the Privacy Protection Act unless a journalist is considered to have committed a crime (WashingtonPost.com, 6/20/13).

The Justice Department subpoenaed records for more than 30 phone and fax lines used by scores of Associated Press journalists in an attempt to find the source of a story about a thwarted attack by militants in Yemen (NBCNews.com, 5/20/13). AP president Gary Pruitt (Face the Nation, 5/19/13) said the secret subpoenas were carried out "so sweeping[ly], so secretively, so abusively and harassingly and overbroad, that...it is an unconstitutional act." 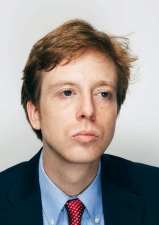 Barrett Brown, a freelance journalist who has written for Vanity Fair and the Guardian, is in jail facing charges--stemming from his association with the hacker activist group Anonymous--that carry a potential sentence of more than a century in jail. The allegations mainly revolve around Brown posting a link to data hacked from private intelligence agencies, some of which turned out to be encrypted credit card information. But as Peter Ludlow argued in the Nation (6/18/13), what attracted the government's attention to Brown in the first place was his journalism, which used information derived from hacking to expose private intelligence operations--like

“a plan to neutralize Glenn Greenwald's defense of WikiLeaks by undermining them both.... The plan called for ‘disinformation,’ exploiting strife within the organization and fomenting external rivalries—‘creating messages around actions to sabotage or discredit the opposing organization,’ as well as a plan to submit fake documents and then call out the error.”

Journalists who find out too much about U.S. intelligence operations risk becoming targeted by allied security forces--as can their loved ones, as David Miranda, partner of Guardian columnist Glenn Greenwald, found out on August 18 when he was detained and interrogated at London's Heathrow Airport for nine hours under Schedule 7 of Britain's Terrorism Act of 2000. Greenwald (8/18/13) wrote:

“The stated purpose of this law, as the name suggests, is to question people about terrorism. The detention power, claims the UK government, is used ‘to determine whether that person is or has been involved in the commission, preparation or instigation of acts of terrorism.’

But they obviously had zero suspicion that David was associated with a terrorist organization or involved in any terrorist plot. Instead, they spent their time interrogating him about the NSA reporting which Laura Poitras, the Guardian and I are doing, as well [as] the content of the electronic products he was carrying. They completely abused their own terrorism law for reasons having nothing whatsoever to do with terrorism: a potent reminder of how often governments lie when they claim that they need powers to stop ‘the terrorists,’ and how dangerous it is to vest unchecked power with political officials in its name.”

Guardian editor Alan Rusbridger (8/19/13) revealed that the GCHQ, the British counterpart of the NSA, destroyed computers at the newspaper's office in a futile attempt to impede Greenwald's NSA reporting:

“The mood toughened just over a month ago, when I received a phone call from the center of government telling me: ‘You've had your fun. Now we want the stuff back.’ There followed further meetings with shadowy Whitehall figures. The demand was the same: Hand the Snowden material back or destroy it. I explained that we could not research and report on this subject if we complied with this request. The man from Whitehall looked mystified. ‘You've had your debate. There's no need to write any more.’...

And so one of the more bizarre moments in the Guardian's long history occurred--with two GCHQ security experts overseeing the destruction of hard drives in the Guardian's basement just to make sure there was nothing in the mangled bits of metal which could possibly be of any interest to passing Chinese agents.”

As Rusbridger pointed out, the destruction of the Guardian's property won't stop the newspaper from reporting on the documents leaked by NSA whistleblower Edward Snowden, copies of which are cached all over the world. The vandalism did succeed, however, in sending a message: If journalists dare to report information that the U.S. government wants to keep secret, they will be treated as criminals, spies and terrorists.

A troubling number of prominent U.S. journalists seem to have no problem with this. Time senior national correspondent Michael Grunwald wrote on Twitter (8/17/13): "I can't wait to write a defense of the drone strike that takes out Julian Assange," referring to the WikiLeaks editor-in-chief. Grunwald later deleted the tweet, citing the argument that "it gives Assange supporters a nice safe persecution complex to hide in" (NewYorker.com, 8/19/13). 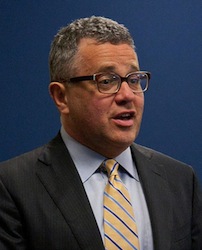 The New Yorker's Jeffrey Toobin (8/20/13) compared the release of classified information about government spying to the assassination of political leaders like Martin Luther King: Just as it would be "lunatic" to be grateful for the deaths of King and Robert Kennedy because they led to gun control legislation, Snowden's supporters are crazy to argue that he "may have violated the law, but the outcome has been so worthwhile."

That would be more reassuring if the notion of the U.S. government sending journalists to prison--or even killing them by long-distance--were a preposterous hypothetical that would never happen in real life (FAIR Blog, 6/30/13):

“The U.S. military has repeatedly targeted and killed journalists, claiming that reporters are legitimate targets. Washington imprisoned Al-Jazeera camera operator Sami al-Hajj for six years without a trial at Guantanamo; documents released through WikiLeaks later revealed that a primary reason for holding al-Hajj was to try to extract information from him about Al-Jazeera's newsgathering operations. When Yemen was about to release Abdulelah Haider Shaye, a journalist who had reported on the U.S.'s secret drone war in that country, Barack Obama personally intervened to make sure Shaye stayed in prison.”